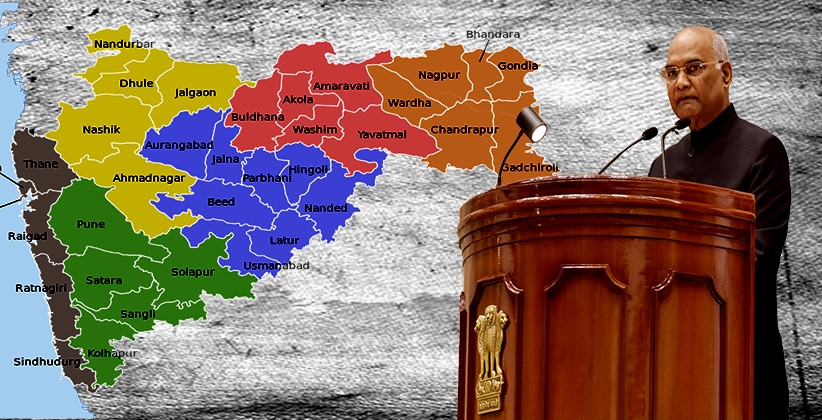 The action was taken after state governor Bhagat Singh Koshyari made a recommendation to the President, citing his unsuccessful efforts at government formation in the state.  The assembly will be kept under suspended animation for now, and can be revived and President’s rule lifted as and when some party works out an alliance that is in a position to offer a stable government.

Soon after the Governor’s report was sent, the Union Cabinet, led by Prime Minister Narendra Modi, considered the report that stated that keeping in view the situation, circumstances and ground realities, he was satisfied that no party was in a position to form a stable government and that the government of Maharashtra could not be run in accordance with provisions of the Constitution. In view of the above, the Cabinet approved a recommendation to the President to issue a Proclamation under Article 356(1) of the Constitution.  In his report to the President, Koshyari said a situation had arisen in which it was impossible to constitute or form a stable government in the State, and the government could not be carried on in accordance with the provisions of the Constitution.  In addition to this, the governor also cited his unsuccessful attempts to explore the possibility of formation of the government by talking to all the political parties who could have joined hands with other parties to form a coalition government. Since the newly-elected Maharashtra assembly, the state has been gripped under political uncertainty over the past several days as no single party gained simple majority. BJP emerged as the single largest party with 105 seats, and Shiv Sena, who was its pre-poll ally, came second with 56 seats in the 288 member assembly. NCP and Congress got 54 and 44 seats respectively. Efforts of the governor to invite the BJP, followed by Shiv Sena and NCP, to form the government failed, with BJP declining the offer and both Shiv Sena and NCP seeking extended time to stitch together a coalition.  The governor had on November 11, 2019, refused extended time to Shiv Sena for government formation. The party asked the governor for three more days to produce the letters of support. However, the governor was of the opinion that this was not feasible since 15 days had already been given to the said parties to explore such possibilities. (With inputs from agencies) 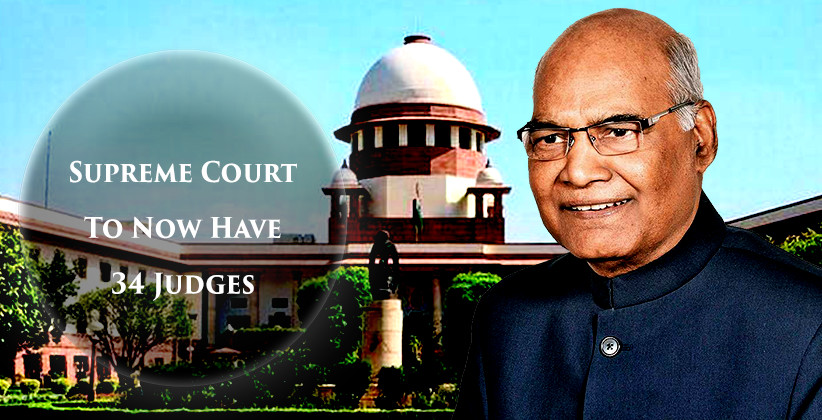 Executive Aug 13, 2019 Lawstreet News Network 0 Shares
0 Shares
The President of India Ram Nath Kovind on August 9, 2019, has signed off on theSupreme Court (Number of Judges) Amendment Bill, 2019, to increase the sanctioned strength of the apex court judges from the existing 31 to 34 including the Chief Justice of India.The Bill presented for consideration by the UnionLaw Minister Ravi Shankar Prasad was passed by the Parliament on August 7, 2019.The Statement of Objects and Reasons of the Bill had referred to the Chief Justice of India's...
Read full post

Executive Jun 20, 2019 Editor : Shreya Bansal 0 Shares
0 Shares
President Ram Nath Kovind today (June 20th, 2018) has approved the imposition of the Governor’s rule in the State of Jammu and Kashmir with immediate effect.The decision has been taken a day after the BJP government in a press conference held in New Delhi has announced that they are withdrawing their support to the People’s Democratic Party (PDP) in Jammu and Kashmir.Later, Chief Minister Mehbooba Mufti submitted her resignation to the Governor N.N. Vohra, saying that “I have told...
Read full post