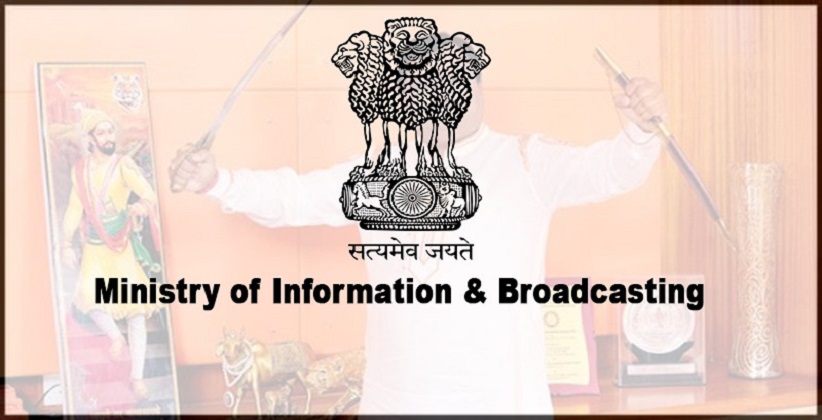 The Ministry of Information & Broadcasting through an order on 9th September 2020 gave a green signal to the Sudarshan T. V’s controversial program ‘BindassBol’. It said that though permission for the broadcasting of the program is given the channel should keep in mind that if anything is found in violation of the law strict actions will be taken. The show allegedly is about ‘Muslim infiltration in the civil services.

The Ministry while issuing the order said “The channel has mentioned in the written submission that the proposed program ‘BindassBol’ is not violative of the law and further that if at all the program is found to be violative, actions as per law may be taken. Having regard to the aforementioned facts and circumstances of the case, Sudarshan TV channel is hereby directed to ensure that the program proposed to be telecast does not violate any of the program codes. If any violation of the program code is found, actions as per law will be taken”, and the Ministry allowed the telecast of the show.

It had earlier sent a notice to Sudarshan TV on 28th August 2020. The notice read “The Ministry has received several complaints regarding a program which is proposed to be broadcast on Sudarshan News TV from 28th August 2020 at 8 P.M. In the Promo of the proposed program, which is viral on Social Media platforms, Shri Chavhanke for Sudarshan TV is raising concerns how people of a particular community have suddenly increased in IAS and IPS cadre, etc. You are, therefore, requested to clarify the above in the context of the Program Code enshrined under Cable Television Network Rules, 1994 by return mail”.

On this, Chief Editor, Shri Suresh Chavhanke of Sudarshan News replied that promos to which the ministry refers is on Social Media and it is not the subject matter as the Ministry is not concerned or has the subject matter of Social Media under its administration. He further submitted that the ministry cannot do the pre-censorship of the program and he referred to the Section 20 of the Cable Television Networks (Regulations) Act, 1995, Sub-section (3), and also Section 5 of the above-mentioned act to prove that it is the responsibility of the channel owner to ensure that no code is been violated. He also replied that their program does not violate the law and if after broadcasting it is found to be violating the law then the actions may be taken, however, prior to running the program, the script cannot be asked for. He also said that “The Notice is an attempt to do pre-censorship of a TV program which is unprecedented and violative of the constitutional rights of the TV channel”.

This whole thing came into the picture when two petitions were filed in the courts. One was filed by Firoz Iqbal Khan under Article 32 of the Indian Constitution in the Supreme Court of India, whereas the other was filed by Syed MujtabAther in the Delhi High Court.

In the apex court, the petitioner said that the said program violated the Cable Television Network (Regulations) Act, 1995, and the Code of Ethics and News Broadcasting Standard Regulations. The court didn’t give a pre-broadcast interlocutory based upon an unverified transcript of forty-nine seconds clip. The court further realized the seriousness of the case and Article 32 and set 15th September 2020 as the next date of hearing and also considered appointing ‘Amicus Curie’ to reach a resolution on constitutional rights as one side was free speech and expression and on the other side was fair and equal treatment to everyone. The bench consisted of Justice DY Chandrachud and Justice KM Joseph.

Similarly, the case filed in the Delhi High Court also gave its judgment on the same date on 28th August 2020 where the one judge bench of Justice Naveen Chawla gave a stay order on the program and restrained it from being broadcasted on 28th August 2020 at 8:00 P.M. The petitioner in the Delhi High Court said that this program violates Section 5, 19 and 20(3) of the Cable Television Network (Regulations) Act, 1995.