Farmers Get Freedom to Sell Agriculture Produce Anywhere but it Would Lead to Corporatization of Agriculture: MP Farmers Leader to SC on New Farmers’ Legislations [READ PETITION] 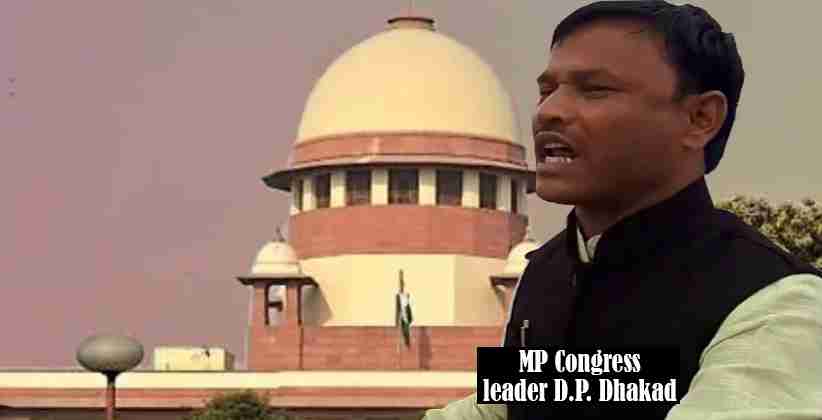 Executive Oct 06, 2020 Neha Bharti ( Editor: Ekta Joshi ) 6 Shares
6 Shares
A Public Interest Litigation has been filled in the Supreme Court challenging the constitutional validity of the Farmers Produce Trade and Commerce (Promotion and Fascination) Act, 2020, and the Farmers (Empowerment and Protection) Agreement on Price Assurance and Farm Services Act, 2020. MP Congress leader D.P. Dhakad, in his plea, said that the Acts were passed amidst a large unprecedented fiasco and despite the largest-ever witnessed dissent by the opposition in the Rajya by Sabha by Viva Voce vote on September 20, 2020.

“These acts were passed along with essential commodities Amendment Act, 2020, have a weak and devastating effect on the federalism of the republic of India and are hence liable to be struck down as unconstitutional, illegal and void".   The petitioners said that agriculture sector employees nearly one-half of the workforce in the country. the state of Madhya Pradesh which is at the heart of the country having a large area in the diversifying climate and soil condition which is available for a broad range of agriculture products. The agriculture sector in Madhya Pradesh forms the backbone of the economy as it contributes almost one-fourth of the Gross State Domestic Product and is the main source of employment for over 65% of the population and constitutes about 60 to 75% of the Rural income.

The invitation which is filed through Advocate Sumeer Sodhi the said that the state of Madhya Pradesh is the major producer of linseed, mustard, sunflower, and safflower. The climatic condition and topographical variation enable the state to grow a wide range of cereals pulses oilseed cash crops and beside home to my red variety of plant species both in the forest and outside, in fact, they are also producers of tropical fruits and vegetable and spices like coriander, chili, and garlic.  The petitioner contended that "The Farmers (Empowerment and Protection) Agreement on Price Assurance and Farm Services Act, 2020 provides for the contract farming under which farmer will produce a crop as per the contract with the corporate investor for mutual agreement remuneration. It is feared that powerful investors would buy them to unfavorable contract drafted by the big Corporate Law firms with liability clauses that would be beyond the understanding of the poor farmers in most of the cases". This Act liberates farmers and provides the freedom to sell anywhere, however, this would lead to the corporatization of agriculture.  In the petition it is urged that " Federalism essentially means both the center and state have the freedom to operate in that allotted squares of power in coordination with each other federal prison-like constitutionalism and separation of power is not mentioned in the Constitution, however, it is the very essence of our Constitutional scheme. Three new agricultural reforms Acts are an attempt to invade into the lawmaking territory of the state government. No entry in respect of agriculture in the State List is subject to any entry in the Union or Concurrent List. Furthermore, in the Statement of Objects and Reasons, the constitutional provisions under which department have the power to legislate on the subject is covered".  The Farmers (Empowerment and Protection) Agreement on Price Assurance and Farm Services Act, 2020 and Farmers Produce Trade and Commerce (Promotion and Fascination) Act, 2020 both are inconsistence with Madhya Pradesh Krishi Upaj Mandi Adhiniyam, 1972.    [REAR PETITION]

Judiciary Oct 19, 2020 Jishu ( Editor: Ekta Joshi ) 16 Shares
16 Shares
New Delhi, Oct 14, The Supreme Court Wednesday granted interim relief to over 3,600 teachers in Jharkhand by allowing them to continue in service as it sought response from the state government on pleas challenging the high court decision which had quashed its 'employment policy-2016'.The Jharkhand High Court on September 21 quashed the policy which prescribed 100 percent reservation for 10 years in grade III and grades IV government jobs for local residents in 13 scheduled districts.It had...
Read full post