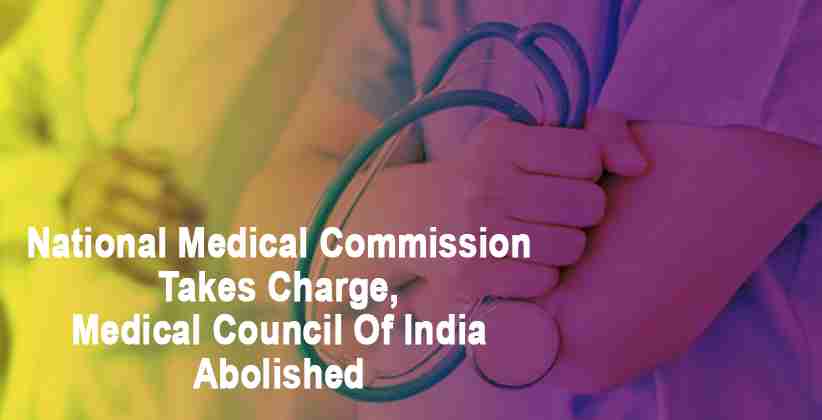 Executive Sep 29, 2020 Rhea Banerjee ( Editor: Ekta Joshi ) 2 Shares
2 Shares
The field of medical education experiences a notable reform where the National Medical Commission (NMC) is constituted to function the highest regulator of medical education all over India along with the four Autonomous Boards. In the meantime, the Medical Council of India has been terminated. The four Autonomous Boards are created along with the Commission so as to help the NMC in its daily operations. The four autonomous boards are the Under-graduate Medical Education Board, Post-Graduate Medical Education Board, Medical Assessment and Rating Board, and Ethics and Medical Registration Board.

The Ministry of Health and Family Welfare noted in its statement, “This historic reform will steer the medical education towards a transparent, qualitative and liable system. The basic change that has happened is that the regulator is now ‘selected’ on merits, as opposed to an ‘elected’ regulator. Men and women with impeccable integrity, professionalism, experience, and stature have been now placed at the wheel to steer the medical education reforms further,” along with the statement, the notification with this respect to these changes was issued on 24th September.  The Chairperson of the NMC will be selected for a period of three years and Dr. SC Sharma, retired professor, ENT, AIIMS Delhi has been chosen as the Chairperson and the Commission will be having 10 ex-officio members that include Presidents of the four Autonomous Boards, Dr. Jagat Ram, Director PGIMER, Chandigarh, Dr. Rajendra A Badwe, Tata Memorial Hospital, Mumbai and Dr. Surekha Kishore, Executive Director, AIIMS, Gorakhpur.

The statement further mentioned, “NMC will also have 10 nominees from the Vice-Chancellors of Health Universities belonging to different States and Union Territories, there will be nine nominees from State Medical Councils and three experts from varied professions.”  The persons appointed as the expert members are Dr. Smita Kolhe, Santosh Kraleti, CEO of Foot Soldiers for Health Pvt Ltd, and a well-known social worker working in the tribal Melaghat area of Maharashtra. The Secretariat of the National Medical Commission will be led by Dr. RK Vats as the Secretary of NMC. The basic work of NMC will be as per the reforms introduced by the Boards of Governors under the leadership of Dr. VK Paul. The commission has already increased the number of MBBS seats by at least 48% in comparison to the seats offered for the last 6 years which was about 54,000 in 2014 to 80,000 in 2020. Even the Post Graduate seats have been risen by 79% from 24,000 to 54,000 in the same period.  The statement also referred to, “The key functions of the NMC will be further restructuring the regulations, rating of institutions, HR assessment and even focus on medical research. Apart from that they will also work on the modalities of the common final year exam after the completion of MBBS, (NEXT- National Exit Test) to serve for both registration as well as PG entrances; prepare guidelines for fee regulation by private medical colleges and even develop standards for Community Health Providers to serve in primary healthcare with limited practicing.” Thus, the National Commission Act was passed in August 2019 by the Parliament and the Ministry quoted, “With the coming of NMC Act into effect from 25th September 2020 the Indian Medical Council Act, 1956 shall cease to exist and the Board of Governors appointed in supersession of the Medical Council of India shall also be dissolved with effect from the said date." 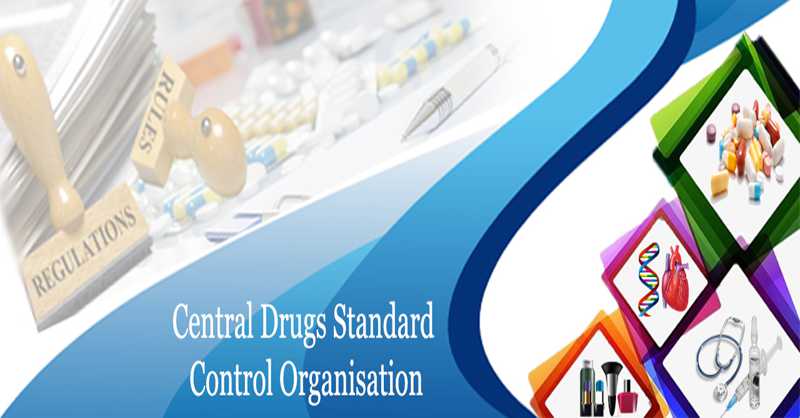 Executive Sep 23, 2020 Twinkle Agarwal ( Editor: Ekta Joshi ) 2 Shares
2 Shares
A national body for Indian pharmaceuticals, Central Drugs Standard Control Organisation (CDSCO) has conceded test permit consent for the preclinical test, examination, and assembling of COVID 19 to seven makers in India, and the authorization for such trial and promoting of the immunization is recommended under New Drugs and Clinical Trials Rules, 2019. The Indian Council of Medical Research (ICMR), has educated that the development of vaccines needs to go through four distinct stages to...
Read full post