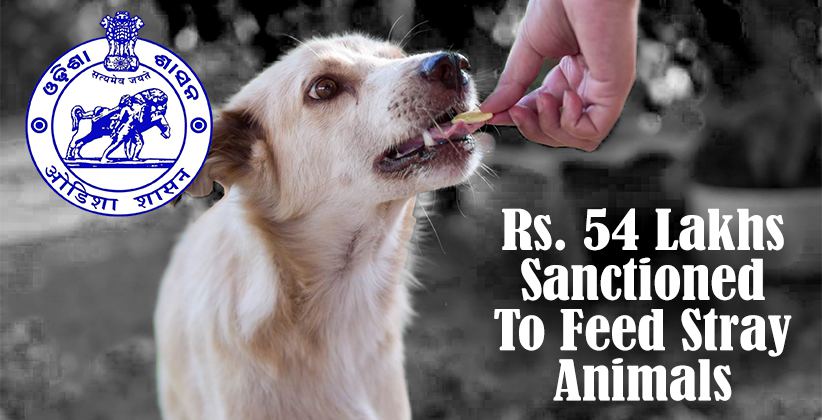 Executive Apr 02, 2020 Asif Iqbal ( ) 6 Shares
6 Shares
Amidst the lockdown to restrain the transmission of Coronavirus in the community, some need food to survive. The Odisha Government has decided to sanction 54 lakhs to feed stray dogs to feed them as they aren’t able to find any to consume. In this situation, it is difficult for stray dogs to survive as many shops, eateries, hotels and other markets are closed due to lockdown.

The allocation given by the Odisha Government has granted Rs. 20,000 per day to feed animals to Bhubaneswar Municipal Corporation (BMC) wherein urban local bodies of Cuttack, Berhampur, Rourkela and Sambalpur will get Rs. 10,000 daily for the purpose.  Further, the municipalities will be provided with Rs. 5,000 to feed stray animals and the endeavour has been appreciated by the Chief Minister of Odisha through this tweeter handle, in which he expressed, "Appreciate @speak animals for coming forward to feed the hungry animals who are without food due to #21DaysLockDown. Such a compassionate gesture during the hour of crisis helps in mitigating the suffering of these voiceless." The Government of Odisha decided to not organise Utkala Dibasa and it has been observed without any celebration as it was on this day, the State of Odisha was formed on 1936 after getting divided from the combined province of Bengal-Bihar-Odisha.