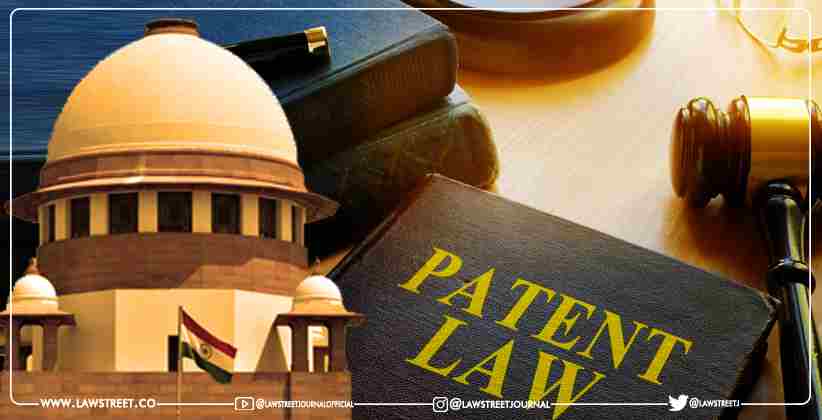 In the present process of exercising powers under the Patents Act, 1970,  the Center told the Supreme Court of its disadvantage with respect to vaccines and medicines COVID-19.

The Central Government announced that diplomatic negotiations with other countries over vaccines and pharmaceutical drugs were ongoing.

According to the affidavit the exercise of legal powers under the patent law 1970 and the Doha declaration can only be counterproductive, as the Trips Agreement states.

The central government is aggressively working with global organisations on an international level to find a solution that is in India's best interests.

The Centre's submission was in reaction to the Supreme Court's questions on the use of Patents Act rights over COVID products and medicines.

A bench of Justices DY Chandrachud, L Nageswara Rao, and S Ravindra Bhat questioned the Centre on why it was not exploring alternatives. The bench inquired into the use of Sections 92 or 100 of the Patents Act to enable the manufacturing of generic drugs in the case of Remdesivir, Tolicizumab, and other drugs.

The bench determined that since COVID-19 was a public health emergency, the case justified the use of certain emergency powers to increase the supply and accessibility of drugs.

According to the Central Government, the supply of raw materials and necessary inputs is the primary constraint in the current scenario.

"...in view of the current constraints on availability of raw materials and other essential inputs, mere addition of more production capacity may not lead to the desired outcomes of enhanced supplies", the affidavit states.

If the current rate of active COVID19 cases persists, the Centre estimates that the need for Remdesivir vials will be one crore every month. The application may be considered by the Controller of Patents.

"While the production levels prior to the recent surge in Covid cases was only around 60,000 per day, with the efforts of the Government, have increased to almost three and a half times in a span of three weeks to around 2 lakh per day. To enhance the production capacities of the 07 licensed manufacturers 35 additional manufacturing sites for Remdesivir have been approved by DCGI, taking the total number of sites to 57, and monthly manufacturing capacity to 1 crore vials", the affidavit says.

The government is also said to be planning to import Remdesivir from other countries. The MoHFW has collected donations from US AID, M/s Gilead Sciences in the United States, and a few other countries. Around 2.80 lakh doses have arrived and are being shipped to consignors worldwide.

The DCGI stated to the Court that it will continue to review all applications for new Remdesivir drug approvals in a timely manner.

The Court adjourned the case to May 13, 2020 due to technological problems with the control room server handling the VC session.