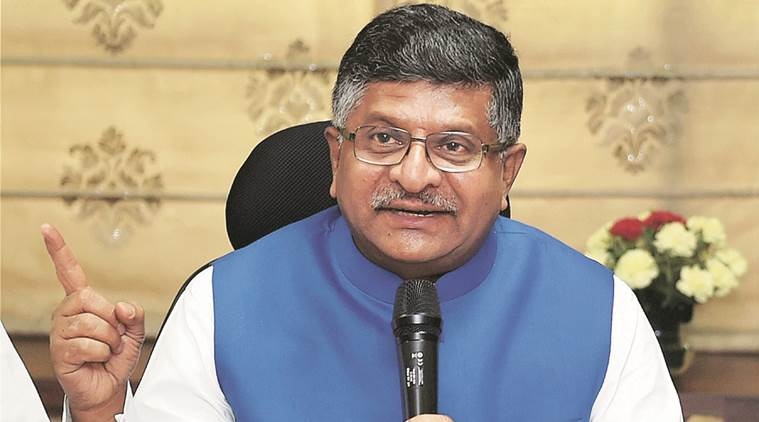 Union IT and Law Minister Ravi Shakar Prasad on Wednesday warned social media platform Facebook of "strong action" if any attempt was made by them to influence the country's electoral process through undesirable means.

Cambridge Analytica is a UK based political consulting firm which is under scrutiny after following reports that they have wrongly accessed Facebook user data for Donald Trump's presidential campaign in 2016.

In 2014, the Cambridge Analytica hired a Soviet-born American researcher, Aleksandr Kogan, to gather basic information of Facebook users along with what they chose to "like". Thereafter, Kogan through an App collected the data of 50 million users adhering to privacy settings of the people from whom the data was collected.

As per Facebook's policy, outside developers are allowed to build and offer their own applications within its space. So, it has been attributed that Kogan had harvested the personal information of 50 million users and passed it on to Cambridge Analytica.

What Cambridge Analytica did with the data?

It has been alleged that Cambridge Analytica has used the data to identify the personalities of American voters and influence their behavior to help US President Donald Trump win elections.

What is the issue here?

Facebook claims that Kogan lied to them by saying he was gathering the data for research purposes and that he breached the company's policies by passing the data to Cambridge Analytica. Further, Facebook said that after the breach came to their knowledge in 2015, they removed the Kogan's app and demanded the parties to delete the data. Cambridge Analytical had asserted that they had deleted all the data Kogan provided, but according to recent media reports, the data was misused to a great extent.

Why is the issue being discussed in India?

It has been deduced that the Congress party has hired Cambridge Analytica to run their 2019 electoral campaign. Union Minister Ravi Shakar Prasad putting allegation on Congress has said that "will the Congress party now depend upon data manipulation and data theft to win elections?

Suspecting that a similar issue could arise in India, Jeopardizing the personal data of millions of Indian users on Facebook, Mr. Prasad has issued a warning of strong action against Facebook saying that "any attempt by Facebook to influence India's electoral process through undesirable means will not be tolerated."

Mr. Prasad also separately warned Facebook founder Mark Zuckerberg, by saying that "Mr. Zuckerberg, you better know the observation of IT Minister of India, if any data theft of Indians is done with the collusion of FB systems, it will not be tolerated. We have got stringent powers in the IT Act, including summoning you in India."

How to get a Certified Copy of various public documents?