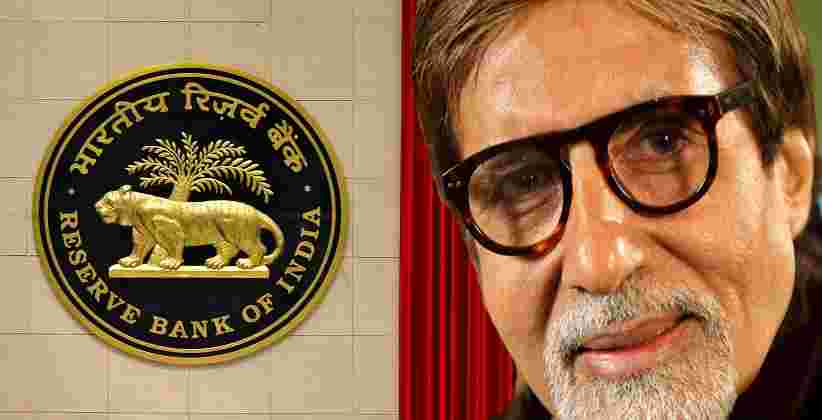 Mumbai, Sep 27, 2020: The Reserve Bank has roped in Bollywood megastar Amitabh Bachchan for the customer awareness campaign to prevent gullible account holders from being duped by fraudsters.

As part of the public awareness initiative of RBI, the regulator keeps informing about dos and don'ts that have to be followed by customers to transact safely and securely.

Besides its main twitter handle, RBI has another twitter account called ''RBI Says''. Here, Big B shared a message on Sunday (Sep 27, 2020) saying "the cost of awareness is hardly a penny, but ignorance can cost you hard-earned money."

The regulator has been running the campaign for more than a year not only in English and Hindi but in various regional languages for maximum reach. It keeps on repeating the message so that people don't forget their rights and responsibilities.

It also started a Facebook page with the same name in early April. At that time, it also launched a safety campaign advising people to remain healthy and safe by not going to bank branches as the nation was put under lockdown to help contain the spread of coronavirus infections.

Bachchan promoted digital banking during the lockdown period urging people to adopt digital payment and be safe. RBI has emerged as the most popular central bank on twitter, beating the US Federal Reserve and European Central Bank in terms of the number of followers.

RBI's twitter handle has 9.66 lakh followers while the world's most powerful central bank US Federal Reserve has about 6.64 lakh followers.

European Central Bank, the second most powerful monetary authority in the world, has 5.81 lakh followers.