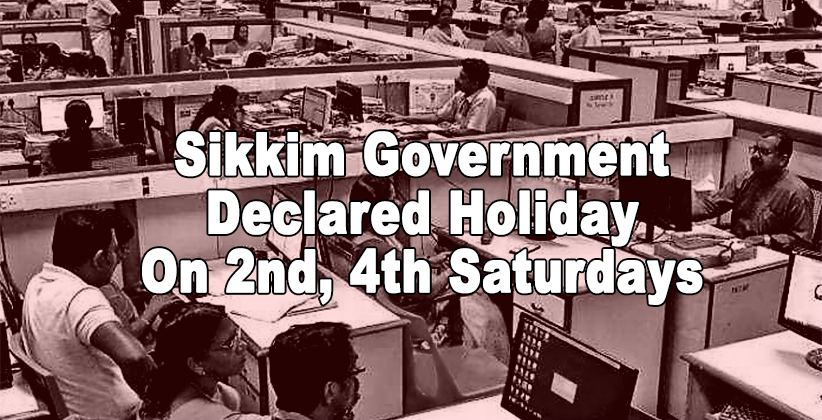 After coming to power in May last year, the Chief Minister of Sikkim, Prem Singh Tamang vide notification dated May 28, 2019 had introduced a five-day working week for employees of the state government and public sector units to boost performance.

The workers will get a holiday only on the second and the fourth Saturday.  Despite providing the employees' with holidays, it has resulted in poor performance.

However, official sources stated that, the Sikkim Krantikari Morcha government was not happy with the performance of its employees despite providing them with previous holidays'.