UP Government considers Supreme Court’s directions, says ‘no Kanwar Yatra for this year as well’ 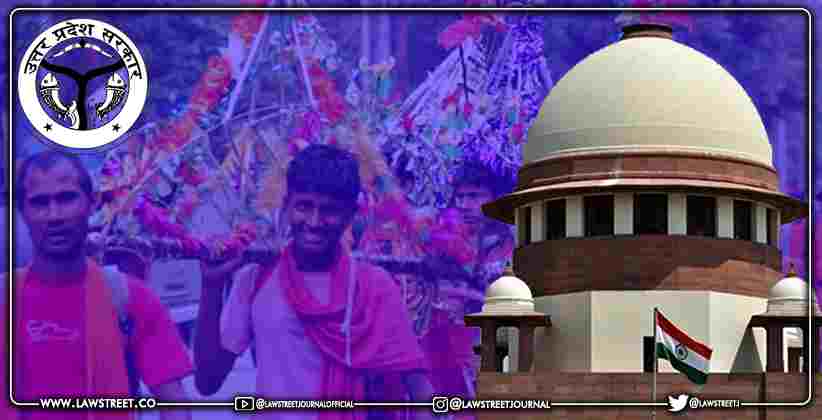 On Monday, July 19, 2021, the State Government of Uttar Pradesh informed the Supreme Court that it has decided to completely cancel the ‘Kanwar Yatra’ this year and all the Kanwar Sanghs have agreed to this opinion keeping in view the current Covid-19 situations.

The Uttar Pradesh Government came up with this decision after the Apex Court gave the ultimatum to ‘reconsider’ its decision to allow ‘Kanwar Yatra’ amidst the Covid-19 pandemic.

Senior Lawyer CS Vaidyanathan appearing for the state government told the Supreme Court that it is the second consecutive year that the yatra has been cancelled due to the pandemic. He added that the local level if a devotee visits the local temple, then it does not mean ‘yatra’ at all and the devotee is expected to maintain covid protocols at all times.

Delhi and Uttarakhand have already cancelled the ‘Kanwar Yatra’.

The Supreme Court had given the Uttar Pradesh government time till Monday, (July 19, 2021) to cancel the annual pilgrimage with the view of Covid-19.

The bench headed by Justice Rohinton F Nariman said that the Court is of the view that the decision on the yatra concerned all of the people, in general and is at the heart of the Fundamental Right of the Right to Life. The bench affirmed that the lives of the citizens are above any religious sentiments.

Justice Nariman said that the state of Uttar Pradesh can definitely not go ahead with the conduct of the yatra, to which the Senior Lawyer appearing for the state informed the bench that the authorities would be apprised of the Supreme Court's views & we would apprise the court as to whether there could be a reconsideration of holding a physical 'Kanwar Yatra' amid Covid-19.

During the hearing on Friday (July 17, 2021), Vaidyanathan had informed the court that a total ban was not possible and they have allowed the yatra in a symbolic manner with limited number of devotees and would follow the Covid-19 protocols.