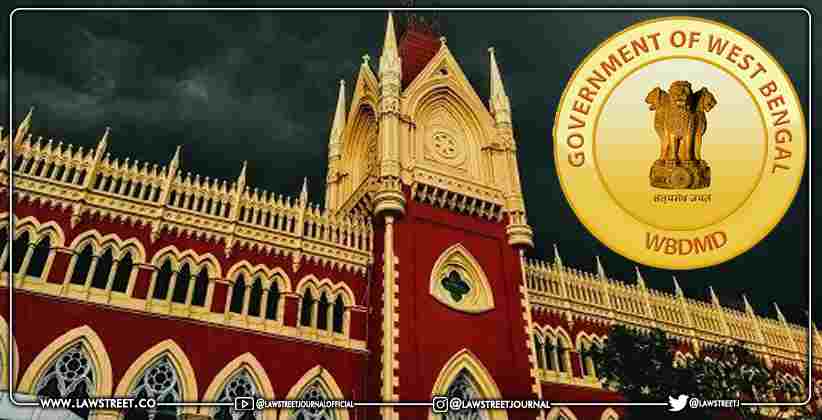 The West Bengal administration has petitioned the Calcutta High Court to vacate its July 2 judgement directing the police to register cases in all instances reported to it or referred to the NHRC or any other entity in connection with post-poll violence in the state.

The order was issued by a five-judge bench led by Acting Chief Justice Rajesh Bindal after taking note of an interim report of a committee formed by the NHRC to investigate alleged human rights violations during the post-election violence.

In its recalling petition, the State Government stated that it had no opportunity to argue on the content of the interim report, stating that the report was not released by a bench after the interim report had been presented to the court on 30 June, 2021.

On Friday (July 2nd, 2021) the High Court also ordered a second autopsy of a BJP workers leader allegedly killed in post-poll violence and issuing a notice to the Command Hospital on the grounds of a violation of his order to a deputy commissioner of the Kolkata Police.

The bench, comprised of Justices IP Mukherjee, Harish Tandon, Soumen Sen and Subrata Talukdar, further stated on 2 July, "From a survey on the Prima Facie report, the petitioners have found violence after the poll and a state on a false foot, where the whole of it was in a denial mode."

The Committee submitted the initial report before the court in its sealed cover, as directed by it, on 30 June, and sought further time to examine the concerns further. The bench granted the prayer, which was postponed until 13 July.

The bench had ruled that any information the committee had requested from various national authorities should be provided quickly and that any delay might call for unfavourable inferences. The alleged displacement of individuals from their homes, physical attack and destruction of property and business squashing due to post-poll violence in the state were reported to a lot of PILs before the high courts.

On Friday (June 18th, 2021) the high court ordered the chairman of NHRC to form a committee to probe all incidents of alleged violations of human rights in West Bengal's post-poll unrest.