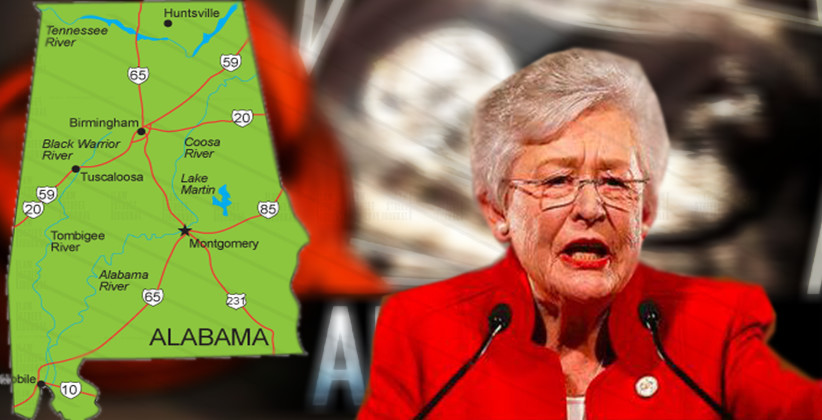 Alabama Governor Kay Ivey on May 15, 2019, signed the most stringent abortion legislation in the U.S. making performing an abortion a felony in nearly all cases.

The Bill was signed amid a lot of criticism from abortion rights advocates who are claiming the legislation as a slap in the face to women voters.

“It just completely disregards women and the value of women and their voice. We have once again silenced women on a very personal issue,” said Sen. Linda Coleman-Madison, a Birmingham Democrat.

The abortion ban is set to go into effect in six months, but is expected to face a lawsuit to block it from halting abortion access.

On May 14, 2019, the Alabama senators had passed the legislation making performing an abortion at any stage of pregnancy a felony punishable by 10 to 99 years or life in prison for the provider. There is no exception for pregnancies resulting by rape and incest.

The only exception would be when the woman’s health is at serious risk. Women seeking or undergoing abortions wouldn’t be punished.

Rep. Terri Collins, the Bill’s sponsor, said she believes the measure reflects the belief of the majority of the state electorate. The vote came after 59% of state voters in November agreed to write anti-abortion language in the Alabama Constitution, saying the state recognizes the rights of the “unborn.”

“It’s to address the issue that Roe v. Wade was decided on. Is that baby in the womb a person?” Collins said.

Kentucky, Mississippi, Ohio and Georgia recently have approved bans on abortion once a fetal heartbeat is detected, which can occur in about the sixth week of pregnancy. However, Alabama Bill goes further by seeking to ban abortion outright.