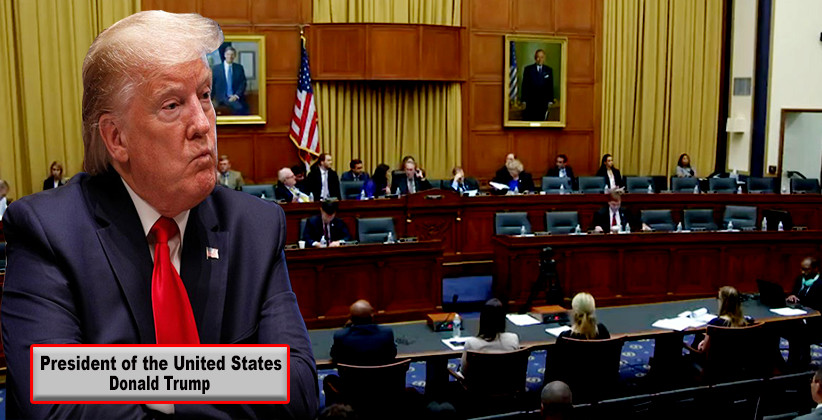 International Dec 03, 2019 Editor :Shanya Sharma 10 Shares
10 Shares
Expressing doubts about getting a fair chance at the hearing, President Donald Trump’s lawyer, Pat Cipollone told the House Judiciary Committee that Trump won’t be participating in the panel’s first impeachment hearing against him to be held on Wednesday morning (December 4, 2019).

Also Read - Decision on Chinese Apps including TikTok to be taken within Weeks not Months: White House

Impeachment proceedings were initiated against Donald Trump, the current President of the United States of America by Nancy Pelosi, the speaker of the House of Representatives (a democrat) on September 24, 2019 after allegations of abuse of power surfaced against him. Allegedly, Trump had withheld already approved military aid to Ukraine for the War in Donbass (eastern region of Ukraine), until Volodymyr Zelensky, the newly elected President of Ukraine made a public announcement to investigate Joe Biden’s son for his involvement in the 2016 presidential elections in the U.S.  Joe Biden is Donald Trump’s democratic rival reported to be contesting in the 2020 U.S. presidential elections. Reportedly, Zelensky had planned to make the announcement of on-going investigation on September 13, 2019 as a “favour” to Trump. But before that could happen, Trump came to know about the whistle-blower’s complaint against him and released the military aid to Ukraine on September 11, 2019 following which Zelensky’s public announcement was also cancelled.

Additionally, there are reports of the existence of a recorded phone call dated July 25, 2019 between Trump and Zelensky, which incriminates Trump. The record of the alleged phone call has been stored in the highly restricted section of the White House in Washington, which section is usually reserved for classified information, say reports. Reportedly, witnesses from the White House like Fiona Hill, former official including Bill Taylor, a Ukrainian ambassador have corroborated the existence of the phone call between Trump and Zelensky asking for the alleged favour. Trump’s lawyer had written to the speaker of the House, saying that he would not be cooperating with the investigation since the impeachment process was not voted by the full House and witnesses were being deposed behind closed doors.  The Democrats have released a list of four witnesses who will be testifying against Trump on Wednesday while Trump will be away at London attending a NATO gathering. Pat Cipollone claimed that this move was made to create impediments in the fair hearing process knowing that Trump will be out of the country on the day of the hearing.  Article II, Section of the Constitution of U.S.A. states that, “the President, Vice President and all civil officers of the United States, shall be removed from office on Impeachment for, and conviction of, treason, bribery, or other high crimes and misdemeanours.” 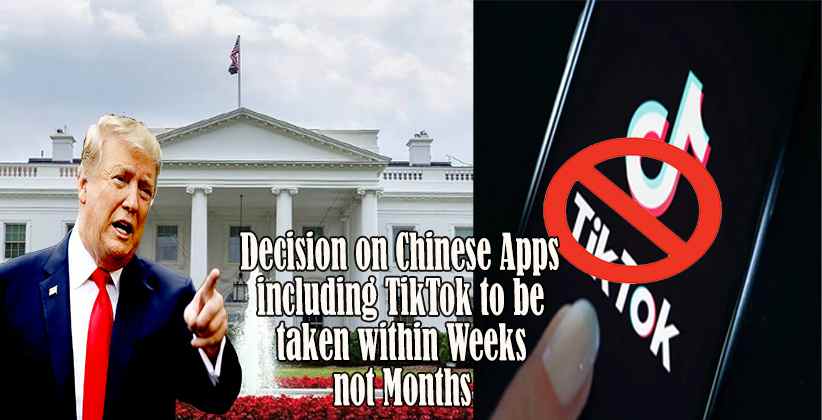 International Jul 18, 2020 Tanurag Ghosh ( Editor: Ekta Joshi ) 5 Shares
5 Shares
The White House i.e. office of the president of the United States of America indicated on Wednesday 15th July 2020 that a decision regarding Chinese mobile apps including TikTok would be taken within weeks. The Chief of Staff Mark Meadows told media reporters aboard the Air Force One that- “I do not think there is any self-imposed deadline for action, but I think we are looking at weeks, not months. There are a number of administration officials who are looking at the national security...
Read full post

International Jul 15, 2020 Ishita Joshi ( Editor: Ekta Joshi ) 7 Shares
7 Shares
17 US States and the District of Columbia have filed a lawsuit against the Donald Trump Administration’s recent order stating new visa policies for international students. The lawsuit was filed calling the Trump’s order to be “a cruel, abrupt, and unlawful action” to expel them amidst the coronavirus pandemic. The US Immigration and Customs Enforcement (ICE) released an order on 6th July 2020, which declared that the non- immigrant students with F-1 and M-1 visas attending schools and...
Read full post