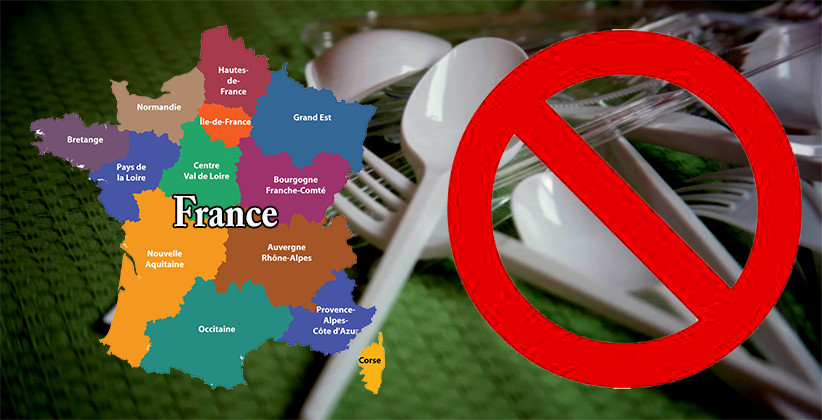 Joining the recent revolution against plastic, France banned the circulation of single-use plastic cutlery in the nation by the end of fall, this year. Following the lead of New Zealand which had placed a complete ban on single-use plastic bags in 2018, France had done the same last year.

The world produces more than 300 million metric tonnes of plastic every year. The heart of the matter is that plastic is a non-biodegradable product meaning thereby that it cannot be disposed of easily.

Normally, plastic takes somewhere between 400 to a 1000 years to decompose, this is because the molecular composition of plastic cannot be broken down by bacteria that usually breakdown all the biodegradable waste in nature. Plastic goes through a complex process of molecular breakdown spanning over hundreds of years.

The principles of sustainable development demand that we leave behind at least a workable if not a healthy environment for the future generations to come and not a lethal legacy of a plastic footprint that encumbers them for centuries to follow. Plastics not only harm the environment but also endanger the entire ecosystem and its biodiversity including flora and fauna, both.

France single-handedly dumps around 5 billion cups of plastic in one year. Hopefully, after the introduction of an absolute ban on single-use plastic this year, this number will drop to zero by 2020. However, this ban allows the commercial use of disposable products if they have a 50% composition of biodegradable material. The percentage is reported to go up to 60 by 2030.

As of now, about 23 million tonnes of plastic is dumped in oceans every year, which equals to one truck of garbage full of plastic in per minute. This number is reported to go up by two trucks per minute by 2030 and four trucks per minute by 2050, at which point the amount of plastic in water bodies would exceed the amount of aquatic life in them. This scenario can only be prevented when the nations of the world join hands towards tackling plastic pollution globally.