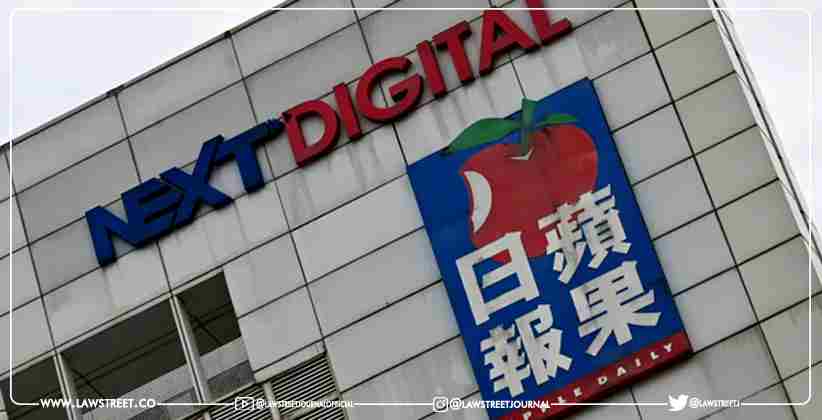 Hong Kong Police said in a statement that the city’s national security department held a 57-year-old man at Hong Kong International Airport for conspiracy to collude with foreign forced to endanger national security. They added that he had been detained and investigations were continuing.

Although the police statement did not reveal the man’s identity, news reports identified him as Fung Wai-Kong.

Fung Wai-Kong was detained as he attempted to leave the city, local media reported. He would be the seventh staffer at the pro-democracy Apple Daily newspaper to be arrested on national security grounds in recent weeks.

Last week, police arrested the paper’s chief editorial writer, which followed the detention of five executives including the editor-in-chief, Ryan Law, and the chief executive, Cheung Kim-hung, who were both later charged. Apple Daily was forced to print its final edition and cease operations on Thursday (June 24, 2021) after it was crippled by associated asset freezes.

Apple Daily and its 73-year-old publisher, Next Digital Founder and Owner Jimmy Lai have been the target of Hong Kong authorities since China imposed a strict national security law last June in response to the massive and sometimes violent anti-government protests in 2019.

The newspaper’s offices were raided last August after Lai was arrested at his house on suspicion of foreign collusion.

Hong Kong Authorities have cited dozens of articles published by Apple Daily it says violated the security law which targets anyone authorities suspected of carrying out terrorism, separatism, subversion of state power, or collusion with foreign forces.

China’s national security law was imposed on Hong Kong last year to crack down on dissent after protests that rocked the city in 2019. Hong Kong’s Beijing-backed government credits the law with helping to restore stability to the Asian financial center and denies rolling back free-speech protections against the guarantee to the former British colony before its return to Chinese rule in 1997.

Apple Daily’s closure appears to have had a chilling effect on Hong Kong news outlet, the online-based Stand News, which announced on Sunday (June 27, 2021) it was removing older published commentaries. The outlet’s publishers said the moves were taken to protect its supports, writers, and editorial staff.

Stand News also said it would stop accepting new subscriptions, and would no longer take money from donors or subscribers, in case the money went to waste-the national security law allows accounts and assets to be frozen if authorities believe the funds are related to crime, as which occurred with Apple Daily.

“We have enough money to run for another 9-12 months. If necessary, we will seek help again from Hongkongers in the future,” the outlet said.

Despite the precautionary measures taken, Stand News pledged to keep reporting the news.

“The HKJA reiterates that freedom of speech and freedom of the press are core values of Hong Kong,” it said in a statement. “If even the writing of the literati cannot be tolerated, it will be difficult for Hong Kong to be regarded as an international city, " it added.

The government and the police denied the claims.

On Sunday (June 26, 2021), the police commissioner, Raymond Siu, who was appointed to the job after his predecessor was promoted on Friday, called for a law against ‘fake news’ and blamed the media for plunging levels of trust in the police force.