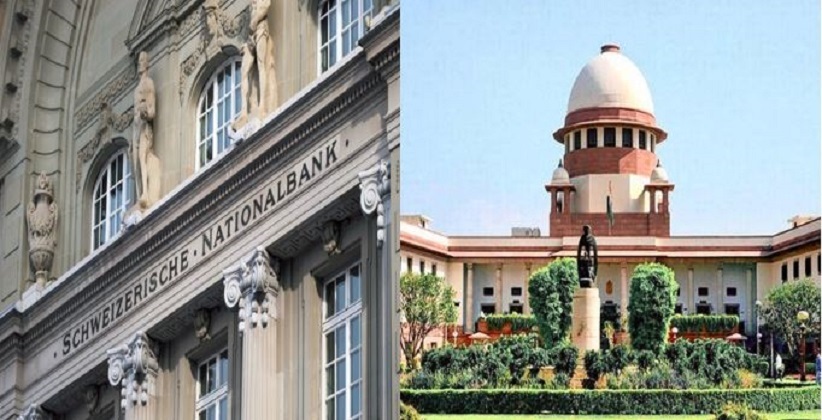 The Indian Money stashed in Swiss Banks rose over 50% to Swiss Francs (CHF) 1.01 billion (₹. 7,000 crore) in 2017 as per the official annual data released by Swiss National Bank (SNB), the central banking authority of the Alpine nation on June 28th, 2018.

The data has shown a reverse trend as since last three years the Indian money in Swiss Bank had fallen drastically due to India’s clampdown on suspected black money stashed abroad.

The surge in Indian money held with Swiss banks comes as a big surprise given NDA government continued action to bring back the black money that is stashed abroad.

According to the SNB data, the total funds held by Indians directly with Swiss banks rose to CHF999 million Swiss franc (₹ 6,891 crore) in 2017, while the same held through fiduciaries or wealth managers increased to CHF 16.2 million (₹ 112 crore). These figures stood at CHF664.8 million and CHF11 million, respectively, at the end of 2016.

The latest data has been released few months after a new framework was put in place for an automatic exchange of information between Switzerland and India to help check the black money menace.

Earlier, on the direction of the Supreme Court, the government has constituted a Special Investigation Team (SIT) to probe cases of alleged black money of Indians, including funds, stashed abroad in places like Switzerland. Also, a number of strategies were deployed by the Indian government from enacting new laws to amendments in the Anti-Money Laundering Act.

The Income Tax department had also taken steps to curb the black money by launching prosecution against hundreds of people who have stashed their money in foreign accounts.

The black money has been crippling the Indian economy since very long and thus has been a matter of significant concern for the government.