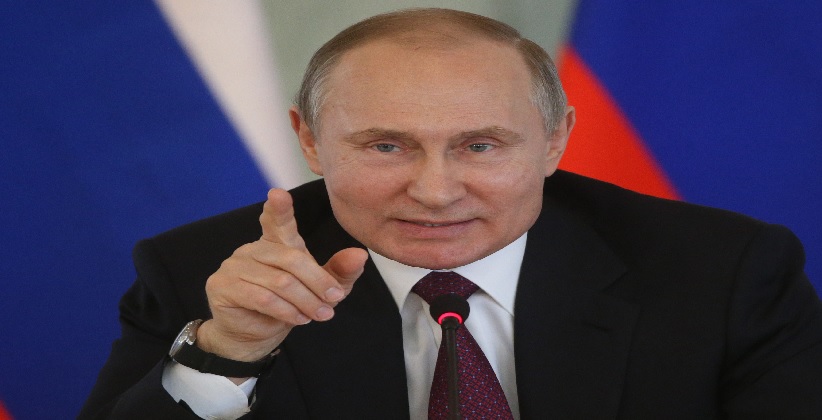 International Jul 03, 2020 Ishita Joshi ( Editor: Ekta Joshi ) 19 Shares
19 Shares
On Wednesday, 1st July 2020, the initial results of a nationwide vote in Russia showed that the people of Russia have chosen Vladimir Putin to stay in power until 2036 by voting overwhelmingly for a group of constitutional changes which will also enhance pensions. The partial results announced five hours before the polls were closed indicate the former KGB officer who has ruled Russia for more than twenty years as president or prime minister will win the right to run for two more terms which means that he could remain president for 16 more years.

The Central Election Commission stated, “Just over 70 percent of votes counted across the world's largest country had supported changing the constitution. Almost 29 percent had voted no of the 2.68 percent of ballots counted. Fuller results are due at 1900 GMT.”  The Russians were encouraged to vote with reward draws offering apartments and an ad campaign illustrating certain constitutional changes to the same reform bundle, such as the security of pensions and the de facto prohibition on same-sex weddings. One-off rewards of 10,000 roubles ($141) were distributed to those with children under Putin's order as voters went to polling stations on Wednesday, 1st July 2020, the last day of the vote, conducted over seven days to try to prevent the spread of coronavirus.

Moscow resident Mikhail Volkov stated, “I voted for the amendments to the constitution.” “We need radical changes and I'm for them.” He added. Another voter Lyudmila said, “I didn't read about the amendments if I'm honest. What's the point of voting if they've already decided for you. It's like that in our country - read something and vote. I voted.” The Election officials stated, “Turnout had reached nearly 60 percent by midday.” “The required turnout is 50 percent and the amendments will pass if they are backed by a simple majority of voters.” They added. Throughout his eve-of-vote speech on Tuesday, 30th June 2020, Putin made no mention of how the adjustments would affect his career. Russians will allow him to rule for another two six-year consecutive periods after his current term ends in 2024. Putin also said that he is yet to decide about his future. Critics claim they are confident he will run again, although other experts suggest he may want to leave his choices open to prevent being a lame duck. At 60 percent, according to the Levada pollster, his approval rating remains high but well below its almost 90 percent peak. With Russia registering thousands of new COVID-19 cases every day, opponents were unable to stage marches but ridiculed electronic voting, sharing photos of polling stations in apartment stairwells, courtyards, and car boots.  TV Rain reported, “A small group of activists staged a symbolic protest on Red Square on Wednesday using their prostrate bodies to form the date - 2036 - before being swiftly detained by police.” “The "No! Campaign," called on supporters to vote against the changes and then discuss the result on Moscow's Pushkinskaya Square while respecting social distancing rules.”

International Mar 05, 2020 Lawstreet News Network 22 Shares
22 Shares
Russian President Vladimir Putin has submitted to parliament various constitutional changes, including amendments that mention God and stipulate that marriage is an association of a man and a woman. Putin in January sparked off controversy by proposing an overhaul of the Constitution, the first ever changes to the basic law since 1993. Shortly afterwards, the lower house unanimously approved the constitutional reform bill in a first reading after two hours of debate. Ahead of...
Read full post 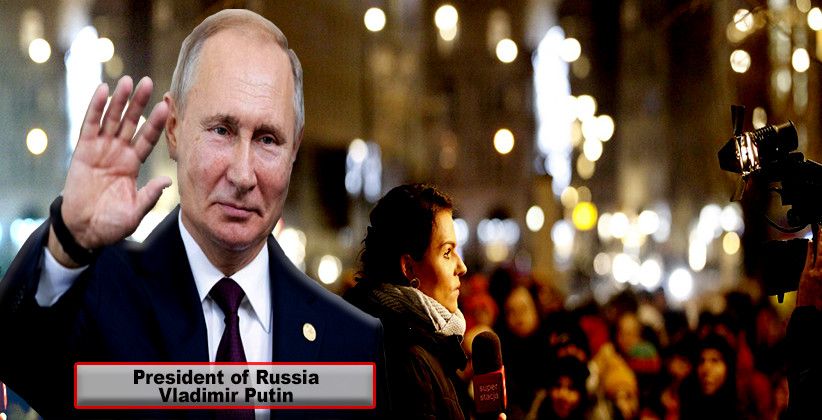 International Dec 03, 2019 Editor :Shanya Sharma 8 Shares
8 Shares
The President of Russia, Vladimir Putin on Monday (December 2, 2019) passed a law that would label private individuals and independent journalists as foreign agents based on their source of funding. Individuals receiving funds from abroad would be labelled as foreign agents, which holds a negative connotation since the year 2012 when it was passed for the first time.However, the law passed in 2012 only had non-governmental organisations and human rights bodies under its ambit. Extending the...
Read full post