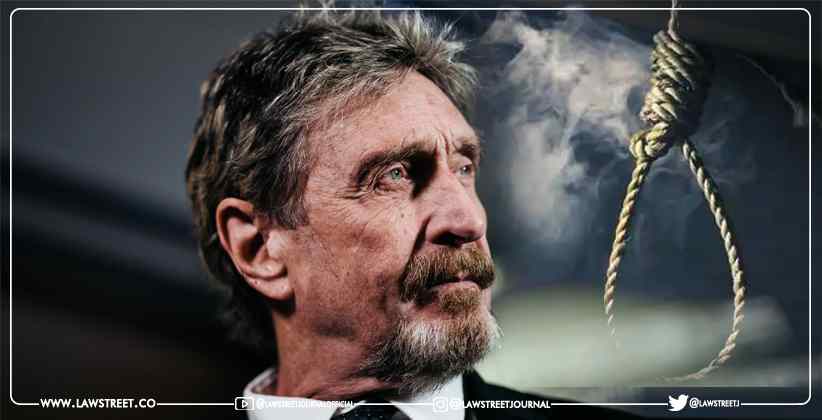 John McAfee, security software pioneer, was found dead in his jail cell near Barcelona on Wednesday, June 23rd, 2021 after his body was discovered at the Brians 2 Penitentiary Centre near Barcelona in north-eastern Spain.

A hedonist, McAfee, who was a cryptocurrency promoter, tax opponent, U.S. presidential candidate and fugitive, who publicly embraced drugs, guns and sex, had a history of legal woes spanning from Tennessee to Central America to the Caribbean, was found dead hours after a Spanish Court approved his extradition to the United States to face tax charges punishable with decades in prison.

McAfee was arrested in October at Barcelona’s International airport and had been in jail since then awaiting the outcome of extradition proceedings. Earlier this month, before the Spanish’s National Court ruled in favour of extradition, McAfee had argued that the tax charges against him were politically motivated.

McAfee had a long list of lawsuits filed against him spanning different countries. In 2012, he became a ‘person of interest’ on the island of Belize in connection with the death of his neighbour. In 2019, he was ordered by a Florida court to pay $25 million to the neighbour’s estate in a wrongful death claim, which he refused.