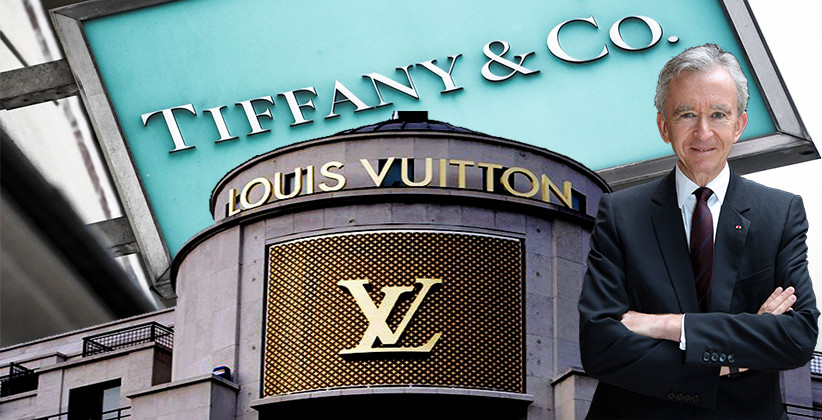 LVMH (Moët Hennessy Louis Vuitton), the world’s largest luxury goods company on November 25, 2019, has decided to buy Tiffany & Company in a $16.2 billion deal, the largest ever in the luxury sector.

The acquisition is expected to give LVMH a bigger foothold in the United States, as well as help Tiffany in Europe and China. It will also cement the status of Bernard Arnault, the LVMH chairman and chief executive, as the most acquisitive deal maker in the luxury business.

“Tiffany is an American icon and was on the list of brands for a long time we thought was a good potential match,” Mr. Arnault said in a telephone interview to The New York Times.

Adding another prominent American name to the LVMH stable of brands, which includes Dior, Givenchy, Fendi and Dom Pérignon, the mega-deal would help the company to reach at a leadership position not only in traditional soft luxury goods like clothing and handbags, but also in what is known as the hard luxury sector, which includes watches and jewellery.

The agreement with Tiffany, known for its signature blue boxes and a prominent role in the Audrey Hepburn film “Breakfast at Tiffany’s,” is the second major investment in an American brand for LVMH this year since it created a new luxury house, Fenty, with musician and actor Rihanna.

The deal is expected to close in the middle of next year after receiving approval from Tiffany’s shareholders.