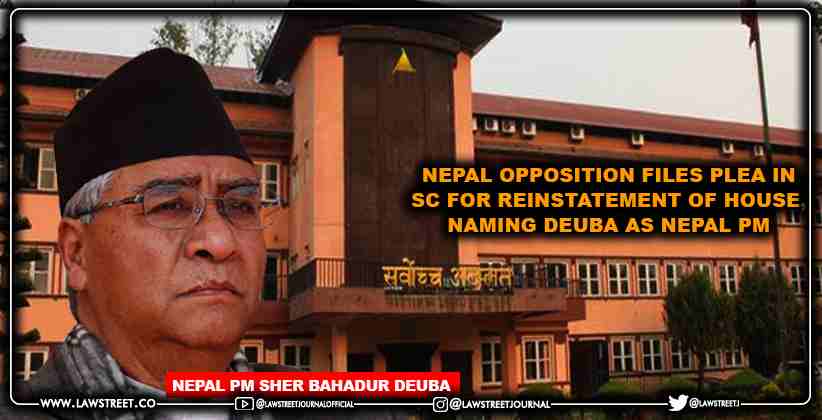 Nepal’s opposition alliance on Monday (May 24, 2021) filed a writ petition in the Supreme Court demanding restoration of the House of Representatives and appointment of Nepali Congress leader Sher Bahadur Deuba as Prime Minister.

In the plea, the petitioners demanded that Sher Bahadur Deuba should be lawfully appointed the Prime Minister in accordance with Article 76(5) of the Constitution of Nepal. Their other demands include the scrapping of the announcement of polls in November and stopping poll-related programs amid the pandemic.

This petition was filed after President Bidya D Bhandari, on Saturday (May 22, 2021), dissolved for the second time in five months, the 275-member house. The President through an early morning statement announced that the House of Representatives has been dissolved as per Article 76(7) of the Constitution of Nepal, amidst the intensifying covid-19 pandemic.

About 146 members of the dissolved House have signed the petition including 61 from Nepali Congress, 49 from CPN Maoist Center, 23 from the Madhav Nepal faction of CPN-UML, and 12 from the Janta Samajbadi Party.

Gagan Thapa of the Congress Party, after the opposition alliance filed the petition, told the Kathmandu Post “What more evidence is required when over 50 percent of lawmakers have appeared in person before the court to say that they had provided their signatures to the President [on Friday],” “Everyone knows that the President took the decision with a malafide intention and there was no objective ground to reject Deuba as prime minister.”

The opposition alliance on Saturday held a meeting to discuss their strategies and decided to move unitedly against the unconstitutional, regressive, and autocratic move of the government.

The opposition leaders, in a joint statement, said that “The President did not follow her constitutional responsibility of appointing a new Prime Minister as per Article 76(5) of the Constitution. Instead, she sided with Prime Minister KP Sharma Oli with malafide intentions and dissolved Parliament in an attack on the Constitution and democracy. This regressive move has pushed the country towards new political polarisation and complexity “.

Nepal plunged into a political crisis after the President’s announcement on Saturday. A similar move had been made by the President in December on the recommendations of Prime Minister Oli. But the Supreme Court has annulled this move in February.

This time, Prime Minister Oli and Opposition leaders have filed separate claims for the formation of a new government. While Oli managed to claim the support of 121 lawmakers, Deuba managed to get the support of 149 lawmakers. However, a dispute arose after lawmakers from the Madhav Nepal faction claimed that they had not signed any paper to reinstall opposition leader Deuba as the Prime Minister and that their signatures were being misused.

Meanwhile, the Communist Party of Nepal- Unified Marxist Leninist led by embattled PM K P Sharma Oli, on Monday (May 25, 2021), expelled 11 of its lawmakers for supporting the opposition alliance in its bid to topple the government. The expelled lawmakers included former PM Madhav Kumar Nepal and Jhalanath Khanal.

The petition further demands the court to issue an interim order to not implement the President’s decision of dissolving the Parliament.

The petitioners have also demanded that the Court make necessary provisions to call the House session to ensure that the constitutional deadline of presenting the budget on May 29 is not missed. 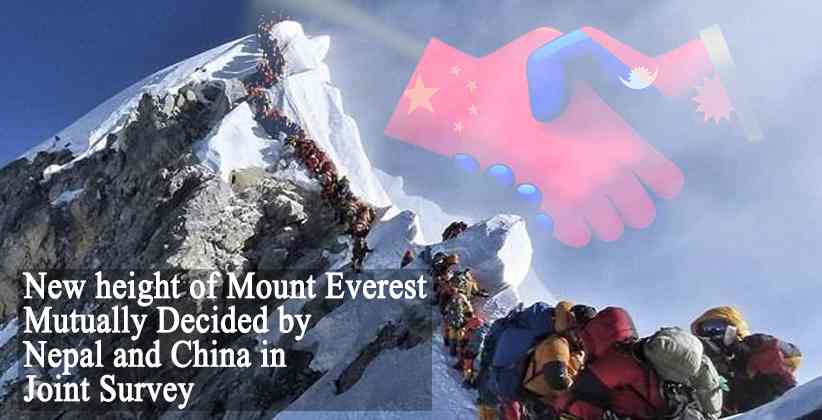 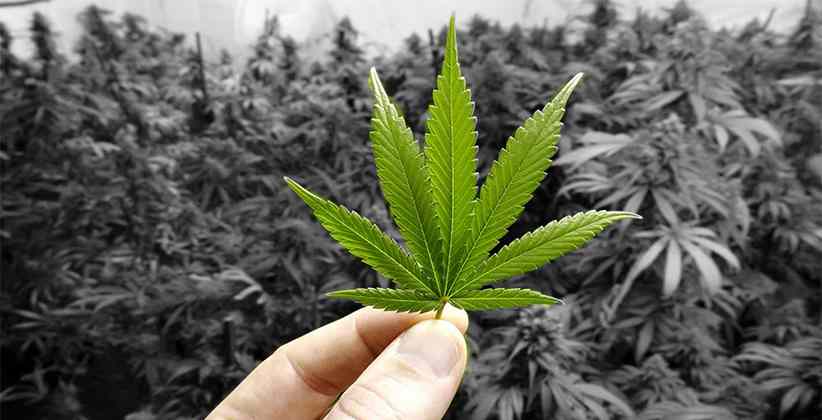 International Feb 04, 2020 Lawstreet News Network ( ) 7 Shares
7 Shares
Since 1973, the farming, production and the trade of marijuana has been banned in Nepal. A total of 46 lawmakers of the ruling Nepal Communist Party have registered a motion in the Federal Parliament of Nepal on the 2nd of February, 2020 urging the government to legalise the cultivation of Marijuana and ban the import of alcohol. The lawmakers claim that over 65 countries, including the US, Canada, and Germany who had led the movements for banning marijuana in the 1970s have already...
Read full post