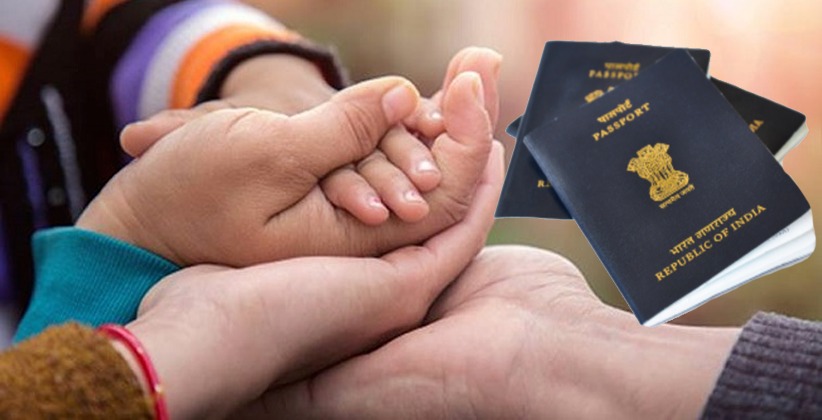 A Sikh woman who is an overseas citizenship of India (OCI) cardholder adopted a three-year-old child by her mother’s sister and latter’s husband in 2018. She is a British National while the real parent’s i.e. biological parents are from Jalandhar, Punjab.

The adoptive parents prepared a registered deed for the ceremonial adoption at a Gurudwara in Phillaur. The name on the birth certificate in the parent section was also changed. When the adoptive parents were about to take the child with them, the Ministry Of External Affairs (MEA) denied her to give the passport, stating that there was lack of a No-Objection Certificate (NOC) from the Central Adoption Resource Authority (CARA).

A plea was filled in the name of the minor in the High Court. The representative (Advocate Sukhwinder Singh Nara) of the adoptive mother argued in the court that the Juvenile Justice Act is not applicable to the adoption of the children made under the Hindu Adoption and Maintenance Act (HAMA). Therefore, the question of securing a NOC from CARA does not arrive.

The opponent that is the Centre argued that for the procedure for the adoption to be ratified by the agency, the requirement of CARA’s NOC was a mandatory procedure. They also added that it does not matter even if “sec 56(6) of the JJ Act” states that the enactment would not be applicable to adoption under HAMA.

A lawyer was appointed as an amicus curiae (Friend of The Court) namely Anil Malhotra. He submitted a 79-page report to the court wherein he mentioned that MEA and regional passport officer cannot decline an adopted child a passport by questioning the validity of the adoption or for lack of a NOC of CARA.

He added that all the conditions of HAMA for the adoption are already fulfilled by the parties and also the JJ Act does not apply to adoptions made under HAMA.

The court in view of the report submitted by the amicus curiae said that this report makes sense as it is not understood as to how an act, which is applicable to a special class of children, namely, orphans, abandoned, surrendered and in conflict with the law, be also applied along with all its procedures to children being given in adoption by able, mentally sound parents and that too to a relative directly.

Further, the court said that the right to the adoption of adoptive parents under HAMA cannot be taken away even if they are British Nationals as they are Sikh and their religion remains the same. The adoption cannot be challenged on the ground that it should have been made under the JJ Act. The court added “Sec 15 of HAMA” which clearly states that a valid adoption under the Act is irreversible.

She also added that JJ Act is a special law for a limited class of children - those in conflict with the law, in need of care and protection, orphaned, surrendered, or abandoned, but the child, in this case, is being given by the biological mother to her sister.

The court after observing that there is no violation of “Sec 11 of HAMA” held that the validity of the registered adoption deed cannot be questioned by the authorities while processing the application for issuance of a passport for the minor & also there is a presumption in favor of a recorded adoption under “Sect 16 of HAMA”, as per the ruling.

The court however mentioned that in this case, the no-objection certificate from CARA is necessary due to the provisions of Passport Manual, 2016, and “Rule 5 of the Passport Rules, 1980”, relating to the foreign parents. The court ordered CARA to issue a NOC within 2 weeks and MEA to issue the passport within 2 weeks of the receipt of NOC.

The Court observed that “The requirement is for foreign parents. Although, the court is of the view that an Indian or OCI with a British Passport, that is with British Citizenship, will not lose their identity of being an Indian parent or Indian especially when they are called ‘Overseas Citizen of India’, nevertheless, the said debate is left open as no argument was raised qua the same by either side".