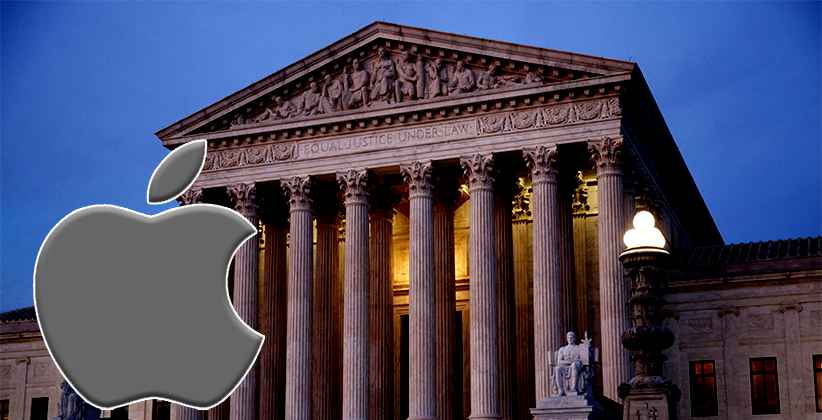 A decade long legal battle over whether the iPhone maker had infringed on other company's patent rights has reached a part of its conclusion. The Supreme Court has declined on 25th February, 2020 to consider Apple's appeal to avoid paying $440 million to the technology licensing company - VirnetX (VHC) for violating its patents.

VirnetX declared a "triumph" over Apple in its statement dated 25th February. An increment was further seen in VinteX's shares after the Supreme Court's ruling. The stockmarket closed at 12%, a higher rate on the day when the markets had seen significant losses.

Further to which no comments have been made by Apple pertaining to the decision.

The legal battle has been raging on since 2010. VirnetX had sued the tech giant in the Eastern District Court of Texas for having violated four of its patents with its FaceTime and "VPN on Demand" applications, including the iphone and ipad. The patents basically involve methods for enabling and securing real time communications over the internet.

VirnetX is a holding company for licensing patents for security technology. In the annual report of 2018, the company said that 70 patents and patent applications in the United States were owned by the company and stated that, "our portfolio of intellectual property is the foundation of our business model."

The 2016 ruling of the Texas jury found that Apple had infringed on four of the patents mentioned above. A $302 million award for VirnetX was thereby granted, (the amount over the year relatively got higher). The US Court of Appeals for the Federal Circuit in Washington upheld that decision in 2019 after Apple filed an appeal against the Texas Court's ruling.

After appealing to the Supreme Court and calling the $440 million in damages "grossly excessive," Apple further claimed that the award overstated the value of the patented technology. Few of the patents have been alleged to be invalid, "leaving Apple on the hook for hundreds of millions of dollars based on invalid claims," the company said in its appeal.

"We have always believed that we were in the right with our court actions against Apple," VirnetX CEO Kendall Larsen said in a statement Monday.

"We believe that our technology provides an important security feature in some Apple products especially the iPhone," he said. "We believe this (jury award) amount is more than fair considering the importance of Internet security."