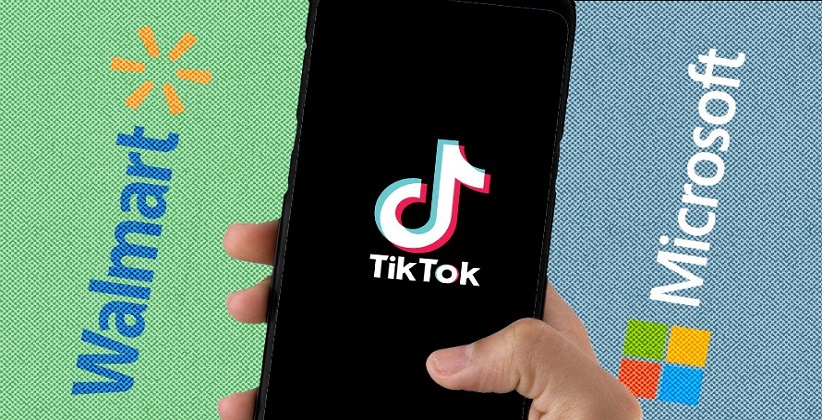 International Sep 01, 2020 Lakshya Tewari ( Editor: Ekta Joshi ) 3 Shares
3 Shares
US retail giant Walmart on Thursday (August 27, 2020), joined a bid with Microsoft for social media company TikTok and its US assets; owned by Chinese parent company ByteDance since the short-form video app has come under fire from the administration of President Donald Trump. The decision of the US retail giant came through, hours after CEO Kevin Miller stepped down from his position in the company.

The app has been the center of a storm between Washington and Beijing since the Trump administration gave Americans 45 days from to end business with the Chinese parent company ByteDance. The parent company aims to enter an exclusive talk with the bidder on the next 24 to 48 hours and ink a deal by September 15, people familiar with the matter told Reuters whereas ByteDance declined to comment.  Retailer Walmart lauded TikTok’s integration of e-commerce and advertising capabilities in other markets and said that a three-way partnership could bring integration to the United States. This way Walmart said that they will be able to reach the customers by the way of both physical and virtual channels growing its online marketplace and advertising business. In an official statement, Walmart said "The way TikTok has integrated e-commerce and advertising capabilities in other markets is a clear benefit to creators and users in those markets,". In and another official statement Walmart said, “We are confident that Walmart and Microsoft partnership would meet both the expectations of US TikTok users while satisfying the concerns of US government regulators,”. The shares of Walmart rose 6% after this decision.

The sale of TikTok is happening since the government feels it as a potential threat to US consumers national security, and a way to keep an eye on federal agents. Previously, New Delhi and Beijing were also in the limelight when India banned TikTok for similar reasons including the military actions of China in the Galwan Valley.  Walmart teaming with Microsoft is the final piece of the puzzle that ultimately cements Microsoft acquisition of US TikTok operations for anywhere between $35 billion to $40 billion. Walmart earlier this year sold its video-streaming service Vudu but still has a deal with Eko, an interactive-video company. Walmart and Microsoft already have a strategic partnership around the tech company’s cloud business. The news follows TikTok CEO Kevin Mayer’s surprise resignation recently. He noted in a letter to staff that "the political environment has sharply changed" since he first joined the company. He also added that TikTok will reach a resolution very soon.