Home Judiciary A second FIR based on the very same allegations cannot be registered when the first FIR has been quashed on merits: Kerala High Court
Judiciary

A second FIR based on the very same allegations cannot be registered when the first FIR has been quashed on merits: Kerala High Court 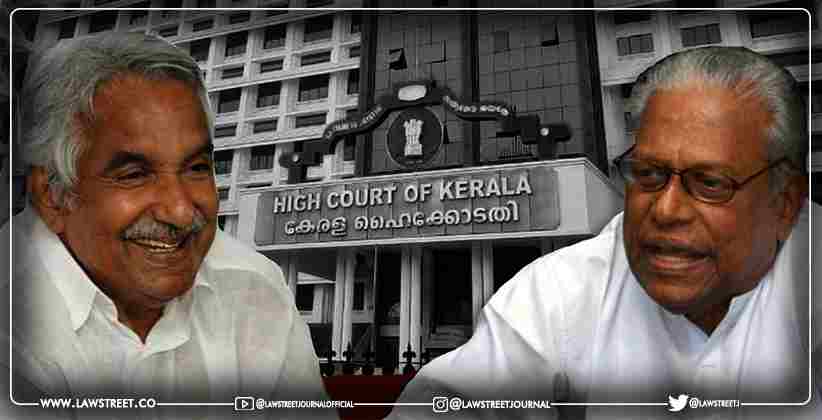 Recently, a Single Bench of Kerala High Court comprising Justice VG Arun while dismissing a petition stated that a second FIR based on the very same allegations cannot be registered, more so when the first FIR has been quashed on merits.

Former Kerala Chief Minister V.S. Achuthanandan had approached the Kerala High Court challenging an order of the Enquiry Commissioner and the Special Judge at Thiruvananthapuram, who dismissed the complaint filed by the petitioner against respondents under the Prevention of Corruption Act.

The petitioner, the former chief minister had complained that the main sewerage pumping line of Kerala Water Authority, which was initially laid diagonally through the property of respondent Avruthi Mall Management Co Ltd, was shifted to a part of this property, which effectuated construction over a larger area.

It was also submitted that this shift will give undue pecuniary benefit to all respondents by decreasing the government property into their possession.

Achuthanandan further claimed that the order authorizing the shifting of the pipeline was issued by suppressing adverse reports and in violation of the prescribed procedure. Therefore, the accused is punishable under Section 120B IPC (Punishment of criminal conspiracy) read with Section 13(1) (d) of the Prevention of Corruption Act, 1988 (which deals with Criminal misconduct by a public servant). However, the court opined that the facts stated were not in dispute, because another public-spirited citizen had, earlier, filed a complaint before the Lok Ayukta.

Further, counsel for the petitioner contended that it would be unfair to dismiss the instant FIR without conducting any preliminary inquiry. Therefore, the court quoted Lalita Kumari vs the State of UP, as to “what type and in which cases preliminary inquiry is to be conducted will depend on the facts and circumstances of each case.

The Court noticed that the averments in the current complaint reveal that the allegations are substantially the same. The only difference was that the complaint contained more details, which difference was insignificant considering the settled legal position that an FIR need not be a compendium of all facts. Therefore, the court stated if the petitioner’s prayer is allowed, it will result in the registration of a second FIR on the very same set of facts.

In dismissing this, the court referred to the Supreme Court’s observation in TT Antony vs State of Kerala which states that,

The Court also noticed that the contentions dependent on Lalita Kumari were additionally misplaced since the inquiry considered by the Constitution Bench was concerning the duty of the police to enroll FIR on receipt of information in regards to the commission of cognizable offense/s. The legality or in any case of enlisting a subsequent FIR based on similar facts had not emerged for consideration therein.

Name: VS Achuthanandan v. the State of Kerala