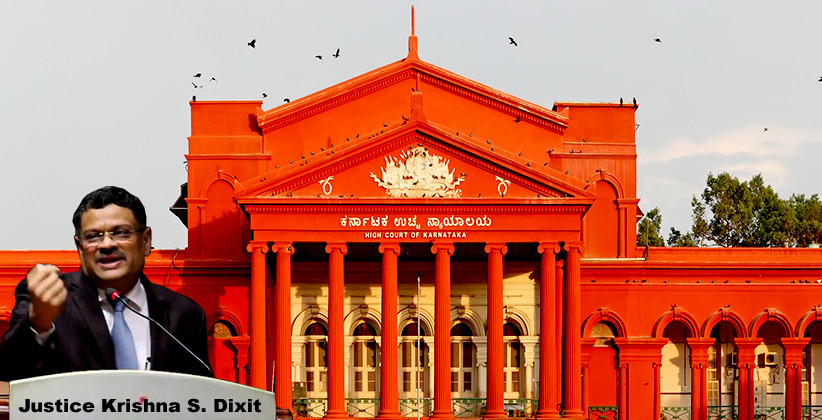 The Karnataka High Court on November 20, 2019, in the case of Mr A Ashraf Ali v. Smt B S Susheela Devi has held that the counsel on record after retiring from the case with the leave of the Court cannot become an agent of the party for prosecuting the suit proceedings.

A single judge bench of Justice Krishna S. Dixit was hearing a writ petition filed by the petitioner in a suit for ejectment finding fault with the counsel on record in identifying himself with the plaintiff-Land Lord and deposing as a witness on his behalf.

Thus the question before the Court was whether the counsel on record after retiring from the case with the leave of the Court can become an agent of the party for prosecuting the suit proceedings?

The learned counsel appearing for the petitioner informed the Court that the advocate appearing for the Land Lord having retired from the case was appointed as an attorney/agent by her to act on her behalf and to conduct the proceedings in these suits.

The counsel in support of his submission that the answer to the above question has to be in the negative has referred to a judgment passed by the Kerala High Court in Brenda Barbara Francis And Ors. v. Adrian G.Miranda And Ors., in which the Court had held “Advocates in their professional capacity are enjoined to act with complete impartiality and detachment and not entitled to identify themselves with the clients or the cause personally. The paramount duty of an advocate is to assist the Court in its task of administering justice- - - advocates belong to noble profession of law. On the other hand, a constituted attorney is entitled to identify himself with the donor of power of attorney and act in the same manner as the suitor litigant is entitled to act. An advocate is governed not merely by written provisions of the Advocates, Act 1961 but also by traditions of Bar built up for generation during the course of administration of justice for centuries.”

Taking the ruling into consideration, the Court held that the answer to the above question has to be in the negative.

“The advocate on record in the Court below (whose name is consciously left unmentioned herein) should not be permitted to act as an agent of the landlady in these proceedings,”