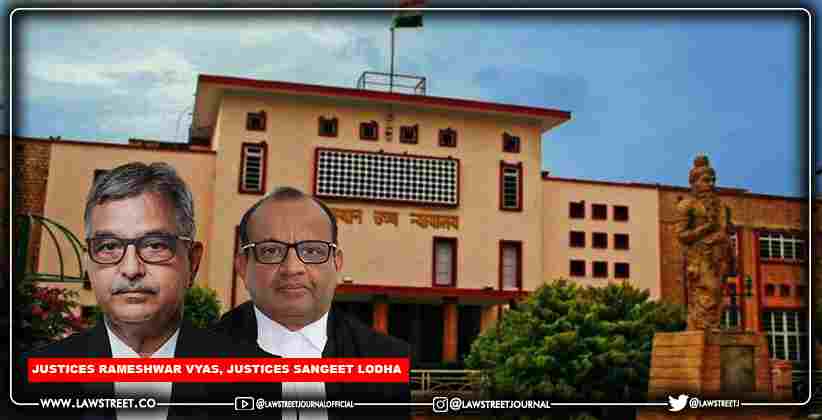 On Monday (31/05/2021), Rajasthan High Court ruled that the practice of demanding payment of an advanced fee for the entire course at the time of taking admission to medical and dental courses is illegal.

The matter came up before the court as a Public Interest Litigation (Deepesh Singh Beniwal v. Union of India and Others) filed by a practising lawyer.

A bench comprising of Justices Rameshwar Vyas and Sangeet Lodha heard the matter.

The petitioner's case was that Private and Government Medical and Dental Colleges are demanding advanced payment of the entire course fee or bank guarantee for the same from the students at the time of admission to the course. The demand is allegedly made to cover the loss suffered by the institutions when students leave midway during their courses.

The petitioner, representing himself in the proceedings, argued that the students and parents suffer from the demand for the entire course fee at one go. Further, it was submitted that the students, who have cleared the NEET examination and granted admission based on merit, often find it challenging to source the entire course fee and are afraid to come before the court due to the fear that their education and career will be affected.

Citing the judgement of the Supreme Court in Islamic Academy of Education v. State of Karnataka, the petitioner submitted that even though the practice of seeking a bank guarantee or bond for the payment of the entire course fee is allowed by the apex court, the students in the state are not given a choice between the two alternatives. Students are always asked to pay the entire fees or submit a bank guarantee for the same. It was pointed out that banks give guarantee only if sufficient collateral is furnished with them. The banks also charge a commission for providing the guarantee, which puts an additional burden on the students and their parents, the petitioner argued.

The respondents, including several Private and Government Medical Colleges, argued that taking of bank guarantees are allowed by various judgements of the apex court and that the guarantees are necessary to ensure the financial viability of the institutions.

After hearing both parties, the court referred to several judgements of the Supreme Court like that in T.M.A. Pai Foundation v. State of Karnataka to observe that education is a charitable endeavour and should not be done with a profit motive. The court observed that:

“The respondent private educational institutions imparting medical education, inherently with a charitable purpose, must always take care of the students belonging to lower echelons of the society or to a middle-income group admitted to the medical courses on being found meritorious and must ensure that they are not deprived from pursuing the medical course merely on account of their inability to deposit advance fee in addition to the annual fee for one year or the bank guarantee for remaining 3½ years duration of the medical course.”

The court also observed that ordinarily, no student who has paid the high fees for one year would leave a course midway, and so there is no justification in demanding the entire course fee in advance.

The court allowed the petitioner's prayers and directed the respondents not to demand bank guarantees for the entire course fee in advance.