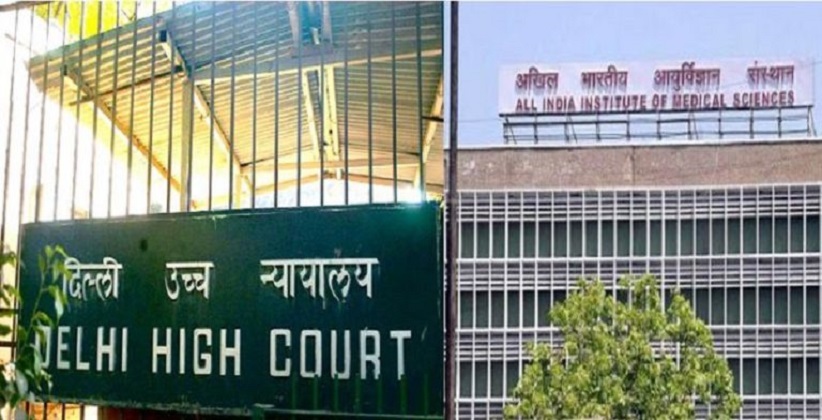 Delhi High Court has imposed Rs. 50,000 on AIIMS for not allowing an MBBS aspirant, to write the entrance exam because there was an issue in scanning his Aadhaar Card at the center,

The court also issued a slew of directions to avoid a repeat of the incident.

The court observed that the controller of examination of AIIMS adopted an indifferent and rude attitude unnecessarily towards the student and didn't allow him for appearing in the exam.

A Vacation Bench of Justice Prathiba M. Singh said the amount would be paid to Abhimanyu Bishnoi, a student from Bidar district in Karnataka, for “harassment and frustration” caused to him.

The petition was filed in the High Court by the student Abhimanyu Bishnoi, who was not allowed to take the AIIMS entrance examination as the Quick Response (QR) code of his Aadhaar card could not be scanned by the mobile phone application that they were using at an examination centre in Kalaburagi.

When the matter was earlier heard on June 1st, 2018 Justice Pratibha M Singh had issued the notice to AIIMS and the Unique Identification Authority of India (UIDAI), asking them to file counter-affidavits within a week.

While UIDAI filed a response confirming that the petitioner’s Aadhaar Card was genuine, AIIMS failed to file a counter affidavit.

To avoid a repeat of a similar incident in future, the High Court directed AIIMS to chart out a set of guidelines, which will be part of the brochure, to deal with the matter.