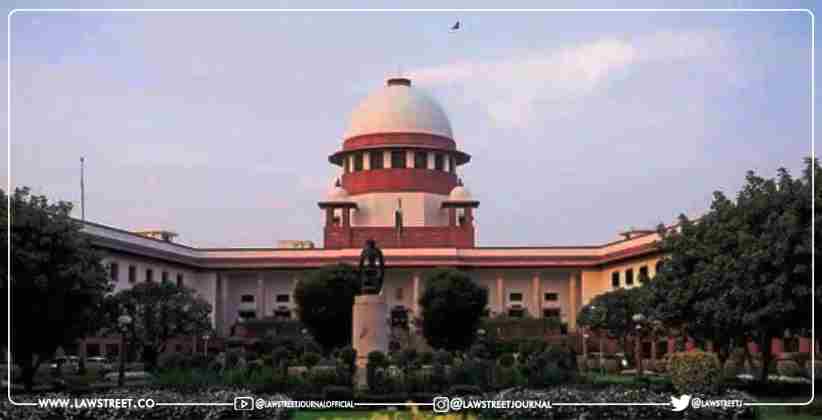 Senior Advocate(s) AM Singhvi and Shyam Divan for Alapan Bandyopadhyay.

SG: The limited question is this. We've filed our written submissions  & I will not take more time as required.

I in personal capacity know that your lordship will have to get up early.

Bench: How do you know that?
SG (Lighter Vein): Your lordship are landing in my state.

Bench (lighter vein): We know you are resourceful but we didn't know that you track our movement too.

SG: No that is if your lordship has some particular requirements or not.

SG: 2 provisions which are to be examined:

Rule 6 under which application has been moved
2. Art 226.

SG: The issue is that he refused to participate in the meeting wherein the PM was there. The disciplianary proceedings are also in Delhi.

The chargesheet is also issued in Delhi. He is given an option to file it where the cause of action arise or where he resides.

SG: Subordinate legislation says that he can file where he resides but the same cannot supersede the central legislation as per Rule 25.

SG: There are 2 possible scenarios.

The chairman is based & is head quartered in Delhi. Chairman exercises his administrative power which is akin to master of roaster.

SG: He could have done 2 things:
u/s 25 transfer the matter to Bombay, wherever there is branch.

Imagine a situation where the matter is transferred to Bombay for any other reasons, the question is could Cal HC declare it to be wrong or only Delhi HC.

SG: Cause of action of the HC is the order impugned. The very same order could have been passed by the Delhi HC.

There is a concept of JURISDICTIONAL HC in case of CAT.

Bench: Going back to sec 25, is it your argument that it is the sole power of chairman ?

SG: No, power is to be exercise reasonably by recording reasons in writing. The limited question is WHERE THAT EXERCISE OF POWER CAN BE THERE?

Delhi HC will have jurisdiction.

It is not an arbitrary or unbridled power.

This is a tribunal which is sui generis and now lets see what your lordship has said with regards to the juridcition of HC.

SG while referring to the judgement cited: Here there was no impugned order of CAT but the order of Chairman under CAT.

SG: Here the impugned order is by the Chairman of CAT.

SG: In given set of facts, part of cause of action might be in 3 states.

SG: For Eg: A person who is in Jharkhand serving where the misconduct took place, Bombay where he started residing after resigning and Delhi where the proceedings were initiated.

Delhi HC will be able to pass an order with more vigour.

SG: The 5 judge bench says that within the territorial jurisdiction of High Court where the order is passed.

Bench: Mr SG, now suppose in the present set of facts, if Cal tribunal was supposed to pass some order which was to be assailed, it would have been questioned before which HC?

Bench: On what basis are you saying it? Why can the same not be challenged before the Cal HC?

SG: The impugned order has not been passed before the jurisdiction of Cal HC.

Bench: Since this is an order passed by the Chairman invoking u/s 25 and not by the Tribunal, is this the reason as to why the same cannot be challenged before the Calcutta HC ? That's the sum and substance of the contention right.

Bench: Whether it is only the order passed by the Chairman invoking the power? Whether only that was under challenge?

SG: Yes only the order passed by the Chairman was under challenge.

Bench: Rule 6 is to initiate proceedings but since the decision is passed by Chairman sitting in Delhi, that's why it can only be challenged in Delhi. That is the submission.

SG: High court has made observations that were not even impugned before it.

I'll refer to the impugned order passed by the Calcutta High Court.

High Court has not gone into the spectrum as to whether it is sufficient to initiate departmental inquiry.

SG: That is not even under challenge. What was impugned in the WP was order of Chairman and therefore these facts even if they take place in Calcutta are irrelevant.

Bench: If suppose the Chairman had passed an order in Calcutta, then could the same be challenged in Calcutta? because the chairman can travel anywhere.

SG: yes the same could be challenged in Calcutta HC. Generally the Chairman sits in Delhi since that is the principal bench.

SG: With regards to the observations made, your lordship has always said that the HC in its observations needs to be sober. Opinions do not have any place while exercising judicial functions. As a law officer, this was not expected from the High Court.

SG: The HC is accusing Chairman of the Tribunal, a person who has to be the former Chief Justice of HC.

SG after reading the observations: the courts where transfer powers have to be exercised has to see the grounds. Im taking very serious exception to the observations made in para 61.

SG: Is it my dictate my lord when I move an application by a respectful litigant?

Chairman doesn't say that its the UOI and therefore im doing that.

SG: I am posing a question to myself with all seriousness as to where the question of federal structure comes into picture.

SG: Its a service matter where the Chairman just transfers the matter from one bench to another. He hasn't touched upon the merits and is only deciding transfer.

SG: These observations coloured with political tone should have been avoided. The HC's are expected to be sober and circumspect while making observations.

SG while referring to the judgements relied on by the Respondents: Kusum Ingot's judgement will not have any help. Naval Kishore's judgement was a 226 petition.

Next is 2019 5 SCC  Page 226, only 1 para: This was a case where remand order was passed by Gurgaon and Delhi HC exercised its powers. It was a habeas corpus petition and it was under criminal law.

Singhvi: this matter falls into a very narrow compass with ordinary principles of law that require consideration.

Singhvi: Your lordship can rectify the observations without hurting anyone.

Singhvi: I have put one point there, on item 4 onwards, this is nothing else to show that he loses his younger brother and nephew to CoVID & conducts shradh ceremony.

CM schedules for visiting the affected areas and on the same date the meeting with PM is scheduled.

Singhvi: Then in item 11, there is a letter from the Govt of India.
In item 21, his mother also passes away.

Singhvi: Item 17, superannuation is recorded and then the show cause is issued later in the evening and then charge etc.

Except every time date is fixed here or with CAT, he (inquiry officer) doesn't agree to pass any order. He seems to be proceeding with the gun on my head.

Singhvi: On Sep 27, I get a notice from him and on item 30 say that CAT has got my petition and please defer my proceedings.

He rejects. I again make the same request and he again rejects and mercifully he puts it for nov 2.

Singhvi: In item 38 my writ is fixed before the HC. Impugned order is item 41 and on the order of 29/10, I request to adjourn the proceedings scheduled on Nov 2. Again he turns down my prayer and 1st time he adjourns is item 46 after the SLP.

Singhvi: Now 226 is the 1st point in page 7, "within which the cause of action wholly or in part arises."

Singhvi: The seat of the authority where the authority is sitting is not the relevant jusridiction test but where the cause of action arises. He (Chairman CAT) might be sitting in Gujarat, Kerala etc.

Singhvi: Kindly refer to Rule 6 (2). Further as per section 15, the Kolkata Bench had the jurisdiction to deal with the service.

What's the purpose of cause of setting up the tribunal in Kolkata when everything happens in Kolkata but I am called to Delhi.

1. The object normally also is to stick to your posting place.
2. It is the benefit provided to the man who is the govt servant and not the govt.

Singhvi: 3. If there is a hiatus where I am residing and where there is my posting, both converge. So there's double synergy here.

Singhvi: My friend's transfer petition is not maintainable. Kindly come to section 15 now.

Singhvi: this is a plenary power and here the cross section is of my service state and home state.

Acting in accordance with law cannot be a ground to deal with the impugned order. That order is also according with law.

Singhvi: I did the right thing but my friends did the wrong thing by impinging the transfer matter.

Just refer to Sadhna Kundu and Brij Kumar judgement which is on point where SLP was dismissed.

Forum convenience (of the officer) is imp.

Govt is Sarwayapi: they are omnipresent and omniscient.

Singhvi: there is a congruence of my status as an officer of the State and my home state.

Singhvi: These documents cannot be a ground of transfer. The ground of relevant document is irrelevant and illogical.

Sole witness is officer of Govt of WB.

Singhvi: Just because the GOI is applicant the whole system cannot be subverted and when the HC corrects the error, the Govt comes by way of SLP.

Singhvi: These rules have Parliamentary Sanctions.
Please see the hot haste in which it is functioning.

Petitioner has sought to portray that he has participated in the proceedings by filing a written statement.

SG: Only 3 sentences, please see only 3 sentences the entire arguments with regards to Chairman but the question is whether Calcutta HC has the jurisdiction.

SG: He further said that he has a brilliant case before the tribunal.