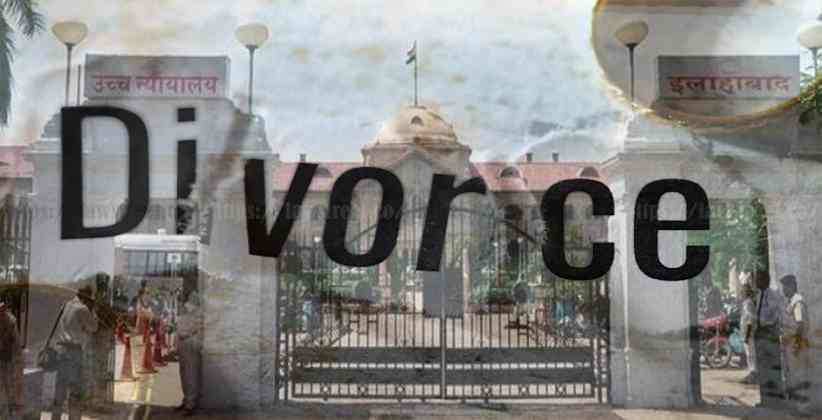 The Division Bench of Justices Anil Kumar and Saurabh Lavania of the Allahabad High Court (Lucknow Bench) has in the matter of Aayush Rastogi v. Principal Judge Family Court Lucknow And Another, granted ex-parte decree to an aggrieved husband after wife failed to appear before the Trial Court as well as before the High Court. The judgment to this effect was passed on April 29, 2020.

The appellant (Aayush) had challenged the judgment and order dated November 07, 2015, passed by the Principal Judge, Family Court, Lucknow in Aayush Rastogi Vs. Smt. Malvika Rastogi, whereby the divorce petition under Section 12(1) (c) of the Hindu Marriage Act, 1955 moved by the appellant was dismissed.

(1) Any marriage solemnized, whether before or after the commencement of this Act, shall be voidable and may be annulled by a decree of nullity on any of the following grounds,

Marriage of Aayush Rastogi and respondent no.2 of the present case Smt. Malvika Rastogi was solemnized as per the Hindu Rites and Rituals in 2011 at Lucknow. After the marriage, it was revealed to Aayush that the marriage of Malvika was solemnized without her free consent and she was not happy with him and she wanted to go back to Kolkata.

One day Malvika had made an attempt to commit suicide but due to timely intervention of the family of Aayush, she could not succeed and thereafter Aayush’s parent immediately rushed to Kolkata and at the time she expressed that if her marriage with him would be dissolved by any competent court of law, she would have no objection to it. During her stay with Aayush, he alleged that she did not perform her matrimonial duties.

Counsel for the appellant had submitted that at the time when the marriage between both was solemnized, her mental condition was not sound, and she was constantly living under the threats and pressure created upon her by her mother namely Smt. Mamta Saraf.

It is also submitted that she had herself admitted that in order to save her mother from agony, she had consented to this marital arrangement. It was also alleged that her poor mental condition reflected in her rude and erratic behaviour towards her husband/appellant and she did not allow the plaintiff to consummate the marriage on the grounds that the marriage was forced upon her and she did not want to stay with the appellant.

Ultimately it was submitted that as her mental condition was not good, fraud was played upon Aayush by concealing the fact related to free consent on her part and that amounts to concealment of a material fact or circumstances concerning her, which the Trial Court had failed to appreciate under provisions of Sub-Section 12(1)(c) of the Hindu Marriage Act, 1955 in its correct perspective.

The Court took note of the fact that the averments made in the plaint regarding the mental status Malvika at the time of marriage as also about her non consent for marriage made by Aayush were proved by filing evidence by way of affidavit in the ex-parte proceedings.

Conclusion of the Court:

Regarding the trial court order , the HC noted,

After taking note of the fact that Malvika did not want to participate in the proceedings for divorce and was forcing Aayush to stay in the dead marriage, the Court held,

“we are of the opinion that there is no likelihood of the appellant and the respondent living together and for all practical purposes there is an irretrievable breakdown of marriage and matrimonial bond is beyond repair and there is no chance of its being retrieved and the relations between the parties are sufficiently spoiled and therefore, no fruitful purpose would be served in maintaining the matrimonial relations between the parties, accordingly we are of the view that on the ground of irretrievable breakdown of marriage, the appellant is entitled for relief of dissolution of marriage.”

Allowing the appeal and setting aside the judgment of the Principal Judge, Family Court, Lucknow, the Court granted the decree of divorce to Aayush.