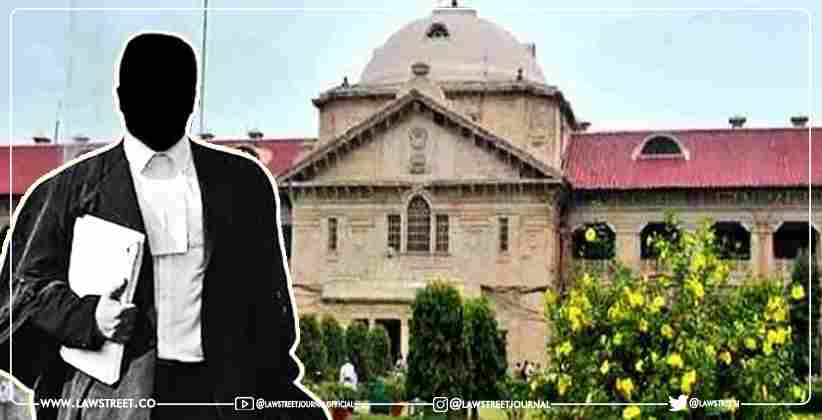 The Allahabad High Court while rejecting an appeal for time-bound disposal of a case stated that cognizance needs to be taken of the matters in which meaningless litigation is being generated due to lawyers abstaining from work.

This statement was made by the Bench of Allahabad High Court consisting of Justice Vivek Kumar Birla while hearing the writ petition of one Gurudeen who had appealed for the speedy disposal of a mutation case under Section 34 of the Uttar Pradesh Land Revenue Act within a certain period of time.

The petitioner contended in the High Court that the subordinate Court could not decide the case even after fixing various dates as per the 2019 Order of the High Court for the speedy disposal of cases.

The Court held that the presiding officer was busy due to certain administrative duties which were as per the order-sheet and hence it could be used as a valid reason. The Court stated that the officers who are presiding over such courts may have other tasks which may cause them to stay outside of their office. Therefore, this reason is understandable but cannot be ground for intentional adjournment of the matter.

Furthermore, the Court held that it needs to be decided that whether a substantial cause of the delay was on the part of the lawyers or not by pursuing the order sheet as it was noted by the Court that after passing the order for speedy disposal of cases on 37 dates the lawyers were not working and it was only on few dates they were present and proceedings were undertaken.

The Court further emphasized the case of Prafull Kumar v. State Of U.P And Another, where observations were made about the non-functioning of the lawyers specifically on the revenue side. The Court had stated in the mentioned case that the lawyers cannot take “the working of the Court for granted”, the Court held that the lawyers have taken their professional fees  and also are abstaining from work along with asking the High Court to direct the subordinate Courts to pass an order.

The Court noted that in the case order had already been obtained from the Court and even after that the lawyers were abstaining from working and therefore, it was held that the experience of the Court in such matters is that initially the contempt petitions are also disposed of by giving one more opportunity to opposite party to decide the case/ comply the order of this Court.

"At times, again lawyers do not appear and second contempt petition is filed, whereon usually notices to Presiding Officers are issued. In such manner the Advocates on the one hand, charge their professional fees and on the other hand, even after direction of this Court to argue the matter, they do not appear to argue the case on the ground of call for strike or resolution of the concerned Bar Association to refrain from work for any reason whatsoever. Hence, meaningless litigation is generated before this Court without there being any fruitful relief granted to the litigant," it said.

Judiciary Oct 12, 2021 DOLLY CHHABDA ( Editor: Ekta Joshi ) 5 Shares
5 Shares
The Allahabad High Court last week pulled up the Uttar Pradesh Government and stated that the payment of Rs. 450 per month to an employee as wages is clearly a form of forced labour and is violative of Article 23 of the Constitution.The Allahabad high court directed the Director, Regional Institute of Ophthalmology, MD Eye Hospital, Prayagraj, to pay the minimum wages as prescribed in the state of Uttar Pradesh from June 15, 2001, which the date of initial appointment of the...
Read full post