Filing of Writ Petition Only for Directions to Create Awareness Regarding Certain Laws is Not Proper: Allahabad HC 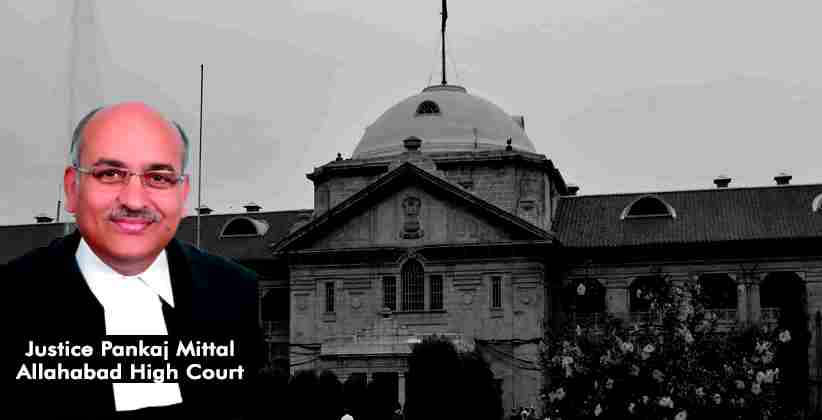 The Allahabad High Court on 5th November, 2020, observed that the filing of Writ Petition, praying for directions to create awareness regarding certain laws is not proper and that “it appears that such petitions are filed only for the sake of popularity”.

Writ Petition was filed by one Dr. Syed Rizwan Ahmed, seeking direction upon the Respondent No.1 (Union of India Thru Secy. Ministry of Home Affairs) and 2 to organize public awareness campaigns by way of hoardings and releasing informatory audio and visual programmes to educate the public regarding sexual violence and the laws on the issue related to crimes against women and laws of 13th Criminal Law Amendment Act. The petitioner had approached the court after preferring the representation by issuing the letter dated 04.09.2018 to Joint Secretary CS Division, Ministry of Home Affairs requesting to take appropriate steps in the matter in issue.

The Bench of Justice Pankaj Mittal and Justice Saurabh Lavania observed that, every citizen is presumed to be aware of the laws of the land. But even then, it may be necessary at times to create awareness.

The Court further observed that Courts, in a given case, if necessary, may issue directions for taking steps for creating awareness regarding certain laws, but filing of writ petition only for the above purpose is not proper.

Court did not find from the averments made in the petition that the Government has not taken any steps for creating awareness on the aforesaid law.

The Court further noted that, “In the absence of specific allegations that the Government has not taken any concrete steps regarding awareness of the said laws, we do not find it to be a fit case for issuing any direction in exercise of our extraordinary jurisdiction”.