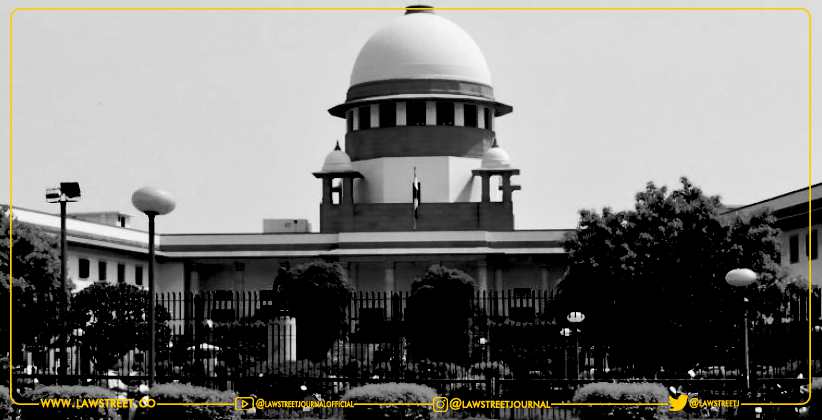 Judiciary Feb 09, 2021 Sadaf Sheikh ( Editor: Ekta Joshi ) 1 Shares
1 Share
In a recent Judgement dated 3rd February, 2021,  the Apex Court acquitted  a man accused of abducting a women who later on went on to marry the main accused.  This judgement was pronounced by the Court in an Appeal against an order dated 16th October, 2020,  passed by the Punjab and Haryana High Court which dismissed a petition  filed by the appellant under section 482 of the Code of Criminal Procedure, 1973.

The facts of the case date back to the year 2013 when the complainant , Rashmi Adhen filed an FIR against the present appellant and Vikram Roop Rai under sections 363 and 366-A of the Indian Penal Code,1860.  She alleged that on 23.1.2013, Vikram Roop Rai and the present appellant had kidnapped her eldest daughter who was at the time 17.5 years of age , by enticing her for the purpose of marriage.

By an order dated 13.8.2013, the accused Vikram Roop Rai -who was by this time married to the prosecutrix- was acquitted by the  Learned Sessions Judge on the ground that no birth certificate or any other proof was produced to disclose that the girl  was below the age of 18 years at the time of the occurrence of the alleged crime.

The Trial Court observed that there was nothing in the statement of the prosecutrix Witness 2 that she tried to escape from the clutches of the accused or thather marriage was solemnized without her consent. The Court went on to observe that keeping in mind the facts that the prosecutrix knew the accused, went with him and married him with the consent of both families, had two children with him, it could not be said that she was taken out forcibly from the custody of her lawful guardians. Moreover, the absence of any kind of evidence to prove her minority at the time of the alleged crime creeps doubt into the version of the prosecution to the benefit of the accused.

It is after the decision  of the Trial Court that the present appellant  Vishwas Bhandari approached the High Court for  the purpose of quashing the FIR and subsequent proceedings against him considering the fact that no allegations had been levelled against him by the complainant or the prosecutrix . He contended that in the absence of any kind of evidence, a continuation of criminal proceedings against him would amount to an abuse of the process of law.

The Supreme Court bench comprising Justices Hemant Gupta and S. Ravindra Bhat accepted the contention of the appellant and observed that the allegation were essentially against Vikram Roop Rai who had  married  the prosecutrix on 4th October, 2013 and had also given birth to two children out of that wedlock. In the absence of any kind of any evidence against the appellant, the proceedings initiated against him on the basis of the FIR would be untenable . Moreover , the Apex Court also observed that it was not justified for the High Court to dismiss the petition against the appellant.  Thus, the Supreme Court held the present appeal to be maintainable and set aside the order passed by the High Court and all subsequent proceedings.