'Right to Apply for Bail is an Individual Right Implicit in Articles 14, 19 & 21' of the Constitution' : Supreme Court 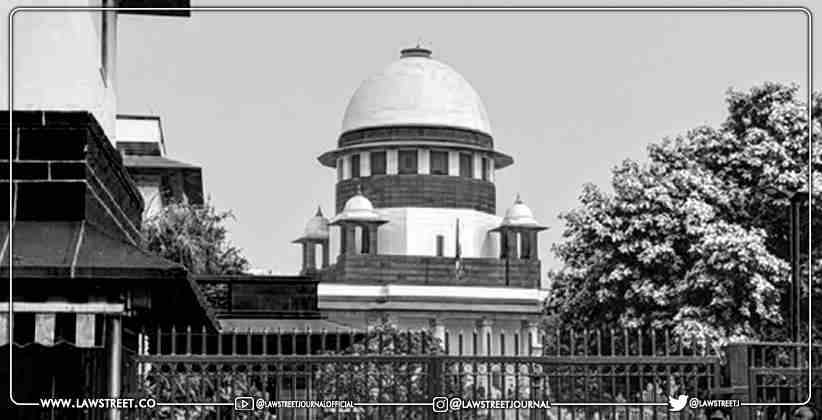 Recently, the Supreme Court disapproved the blanket orders passed by Rajasthan High Court to not list application relating to bail appeals, applications for suspension of sentence and revisions as urgent matters during the lockdown.

"The right to apply for bail is implicit in Articles 14, 19 and 21 of the Indian Constitution and cannot be taken away by judicial order, " the bench of Justices Nageswara Rao and Aniruddha Bose stated.

“Such right has been taken away by judicial order, without compliance of procedure established by law, which in our constitutional jurisprudence, is akin to ‘the due process’ dictum. Right to apply for bail is an individual right implicit in Articles 14, 19 and 21 of the Constitution."

Citing the Covid-19 pandemic, the bench directed the registry to neither list the matters relating to anticipatory bails in case of offences carrying maximum three years sentence and nor regular bail matters.

These orders were challenged by the Rajasthan High Court before the Apex Court, wherein the Apex court replied that these orders will also affect temporary eclipsing of statutory provisions.

"Such right has been taken away by judicial order, without compliance of procedure established by law, which in our constitutional jurisprudence, is a is akin to "the due process" dictum."

Justice Bose stated in the judgement:

"Right to apply for bail is an individual right implicit in Articles 14, 19 and 21 of the Constitution."

The Bench further stated that the orders impacted the operation of legislative provisions on the right to apply for bail and encroached upon the Chief Justice’s administrative powers on allocation of business to judges of the Court.

“Such sweeping orders in our adversarial adjudicatory system would be contrary to law as many persons would be impacted by such orders without having any knowledge of the proceeding."

The Bench opinied that a blanket ban on listing of applications would block access to seekers of liberty and in substance suspend their fundamental rights and would also have the impact of temporarily eclipsing statutory provisions.

Therefore, it was concluded that considering comprehensive guidelines detailed under the case of Arnesh Kumar vs State of Bihar, there was no need for the single-judge to issue such blanket directives.

The Judgement said: “The directions issued had the potential for breaching the constitutional and legal rights of individuals who could be or are arraigned in criminal action and also put fetters on power of investigating agencies.”

These impugned orders were issued in applications for anticipatory bails during the Covid-19 pandemic was raging across this country and so, the bail pleas were ultimately rejected by the High Court later.