Arbitral Awards Can be Enforced Against Non-Signatories, Rules Supreme Court 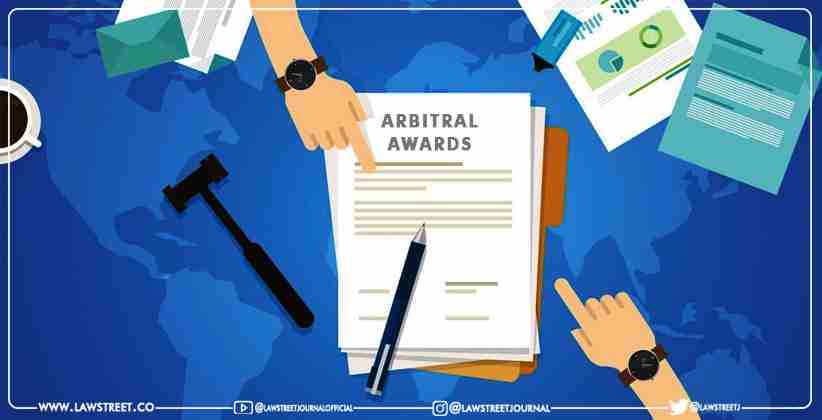 In yet another pro-arbitration decision, the Supreme Court ruled that under Indian law, a foreign award can only be challenged on limited grounds. The fact that an entity is not a party to the arbitration agreement is not one of them, according to the Supreme Court.

A division bench of Justices RF Nariman and BR Gavai ruled that the grounds for refusing to enforce a foreign award under Indian law cannot be "expansively interpreted."

Attempting to bring non-parties into this ground is akin to trying to fit a square peg into a round hole.

According to Sameer Jain, managing partner at PSL Advocates & Solicitors, the judgement defeats clever award-debtors' creative attempts to resist the enforcement of foreign arbitral awards by compelling the courts to adopt an expansive interpretation of the specific grounds enumerated in the Arbitration Act, 1996.

ISS initiated arbitration proceedings due to a disagreement. The agreement was governed by Delaware law and included an arbitration clause stating that any dispute between the parties would be resolved by a single arbitrator in Missouri.

The proceedings ended with an arbitral award against DMC and some entities that were not parties to the arbitration agreement. This included DMC's chairman as well as two other companies over which he had significant control, Gemini Bay Consulting Ltd. and Gemini Bay Transcription Private Ltd.

Under Section 48 of the Arbitration Act, 1996, ISS petitioned the Bombay High Court to enforce the award.

The single judge ruled that the arbitral award was only enforceable against DMC and not against others because they had not signed the arbitration agreement. This was overturned by the high court's division bench, prompting GBT and others to petition the Supreme Court.

Refusal Grounds Must Be Interpreted Strictly, GBT relied on Section 48 of the Arbitration Act, 1996, according to the Supreme Court, to argue that a non-signatory to an arbitration agreement would be directly covered by sub-clause (a).

Section 48 establishes the grounds for refusing to enforce a foreign award. And clause (a) states that enforcement can be refused if a party is incapacitated or the agreement is invalid under the applicable law.

"There is no doubt that a non-party to the agreement claiming that it cannot be bound by an award made under such agreement falls outside of the literal interpretation of Section 48(1). (a)", the Supreme Court stated.

Following that, GBT argued that because the award's reasoning was perfunctory in nature, it would be a violation of natural justice.

Finally, following the 2015 amendment to arbitral law, the argument that an award is perverse can no longer be used to refuse enforcement. "...the public policy of India ground following the 2015 amendment does not include "perversity of an award" as a ground to set aside an award in an international commercial arbitration," the Supreme Court stated.

According to Dinesh Pardasani, partner at DSK Legal, "this judgement is yet another step towards the ease of doing business in India and will build trust of foreign investors in the Indian judicial system."

According to Jain, progressive judgments like this will open up the Indian market for third party funding, which is a concept in which an unrelated party to a dispute finances the legal costs of one of the parties.

Uncertainty about enforcement is one of the reasons why international Third Party Funders avoid funding cases in which enforcement must be done in India.

Such rulings, according to Jain, will provide impetus to such models.