Ban on GM seeds -- a death knell to dreams of many farmers', farmers’ body in SC opposes plea against GM mustard [Read IA] 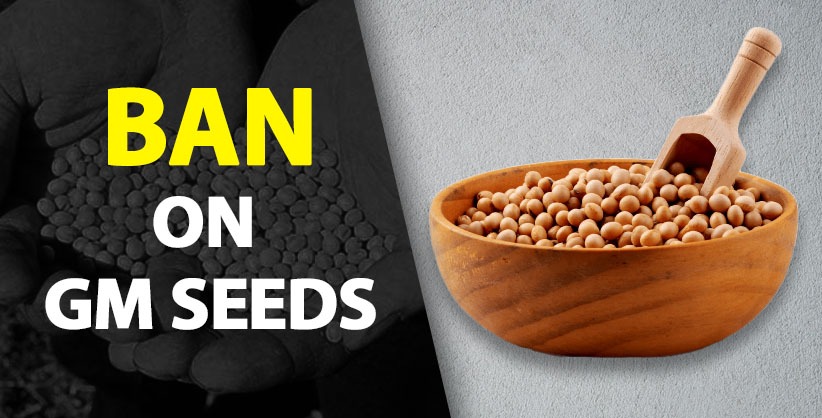 NEW DELHI: A farmers’ body has approached the Supreme Court to oppose a plea against release of GM Mustard, saying that a ban of technologies like GM seeds would worsen the plight of farmers as the old-method of farming has proved to be a failure in dry regions of India.

Shetkari Sanghatana, a pan-Maharashtra farmers’ group, said any judicial order against the use of GM crops would violate the rights of the farmers to “choose and live a dignified life”.

Earlier, the Sanghatana had favoured the three farm laws, which were repealed by the government following large-scale farmers’ protests.

Recently, the Genetic Engineering Appraisal Committee (GEAC) allowed the environmental release of GM mustard for seed production and testing. The court, however, asked the government to maintain status quo in the matter.

The farmers’ organisation's intervention application was filed in a pending case filed by activist Aruna Rodrigues, which sought moratorium on the environmental release of GM Mustard.

The organisation said the anti-GM organisations and activists in India have had a long history of amplifying anti-GM studies and viewpoints that have been largely discredited by the global scientific community.

“The anti-GM crop crusaders also seem unconcerned with the rising food insecurity and global inflation. It is stated that GM crops are an answer to the economic woes of Indian farmers and hence a blanket ban may blow a death knell to dreams of many farmers of States like Maharashtra, Gujarat and Punjab, who use scientific means of cultivation,” it said.

“The Sanghatana has been a champion of GM seeds and crops and believes that a ban on technologies like GM seeds would worsen the plight of farmers as old- method of farming has proved to be a failure in dry regions of India. Furthermore, the Sanghatana's support to use of GM seeds and crops is backed by scientific data and research by leading organizations of India and abroad, working in this sphere of agriculture,” the plea added.

It further said the organisation firmly believes that farmers should be free to choose GM technology as a ban on use of GM seeds would make them dependent on old-methods of farming, and deteriorate their living conditions. “A direction/order by this court against the use of GM crops would violate the rights of these farmers to choose and live a dignified life. Hence, it is expedient in the interest of justice that farmer organizations like this applicant are heard before this subject writ petition is disposed of," it added.

Rodrigues had filed the plea opposing open-field trials or commercial release of herbicide tolerant (HT) crops, including GM Mustard in 2016 and then in 2021.

Earlier this month, the petitioner told the apex court that SC-appointed technical expert committee (TEC) had recommended a total ban on all HT crops.

Contesting her claim, the farmers’ body said the report has not been made public and hence the applicant cannot specify its concerns, if any, objectively. “Any decision by this court, based on the said report, without hearing farmers or farmer bodies like this applicant, would cause grave prejudice to farmers all over India. Hence, it is in the interest of justice that the applicant herein is permitted to present data and research papers to evidence that GM seeds and crops are indeed beneficial for farmers in India," the application said.

The organisation said there is widespread consensus among scientists on the safety of GM crops. Various meta-studies which have assessed the effects of GM crops and foods relative to their traditional counterparts have found no detrimental effects on the environment or on human health, it added.

The farmers’ organisation said recently, Australia has given approval to use of Indian GM mustard seeds, which shows that the scare over toxicity of GM crops is unfounded. “Farmers across India, particularly those in Maharashtra, have immensely benefited by the use of Bt Cotton. The yield of Bt cotton as compared to traditional seeds is four times. Bt cotton has not only elevated life conditions of farmers by increasing crop yields but has also given them the opportunity and means to indulge with more scientific methods of farming”, said the plea.

In an affidavit, the Centre has also said that genetically modified (GM) mustard will contribute to India’s self-sustenance with respect to production of edible oil and it will go a long way in realizing the vision of “Atmanirbhar Bharat”.

The MoEFCC said the release of GM mustard parental lines would allow public and private organizations to produce productive hybrids of their own and DMH-11 is the first hybrid developed using the barnase/barstar technology, more will follow.

On November 17, the apex court took on record the application by farmers’ organization. The next hearing in the matter is scheduled on November 29.
Read IA