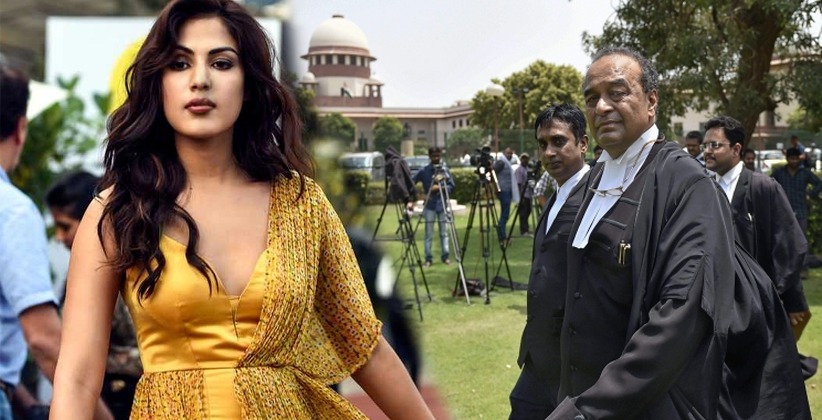 Judiciary Aug 03, 2020 Prachi Misra ( Editor: Ekta Joshi ) 60 Shares
60 Shares
On Thursday, 30th July 2020 there has been a major development in the case of Sushant Singh Rajput’s demise. Bihar Government has appointed ex-Advocate General Mukul Rohatgi to oppose Rhea Chakraborty’s interim prayer that the probe by the state’s police be stayed till the SC decides her plea on the transfer of investigation from Bihar to Mumbai.

Lalit Kishore Principal Additional Advocate General, Bihar has confirmed that Nitish Kumar’s government is set to oppose Rhea Chakraborty's plea before the SC and support Sushant's family. He said, “The caveat has already been filed.” On Wednesday, 29th July 2020 Rhea Chakraborty moved in the apex court to transfer the case from Bihar to Mumbai, as the investigation in Mumbai was still pending.

The Bihar government has also recommended a CBI probe into the ‘mysterious’ suicide of the actor. Officials at the state police headquarters said that the investigation was already going on but the government may recommend CBI for further investigation. Officials said that four-member Patna police have made progress in the case and had interrogated six members including the cook of the actor. They further stated that they have the right to appoint CBI. The Government is waiting for the return of the police team from Mumbai after collecting evidence. Patna police also visited Kotak Bank’s Bandra West Branch where the actor had a bank account. There has also been friction between the Patna police and Maharashtra Police with the state minister’s of state for home Shambhuraj Desai alleging that Bihar Police did not follow the protocol.  Desai told a news channel that “Whenever police team from a state visits another state for investigation, there are some protocols which are to be followed. These were not allowed.” But Central Range IG (Bihar) Sanjay Singh told HT that Patna Police team left Bihar following his order and informed Mumbai Police when the team arrived there.  Y V Giri a Senior Advocate of Patna HC said that if Sushant’s family wants they can move to SC and demand for the CBI probe. If the state government wants to transfer the case to CBI it can do that also legally. Another Senior Advocate Yogesh Chandra said that Bihar Government is well within the right to recommend a CBI probe. Meanwhile, the Enforcement Directorate (ED) has asked Bihar police to give a copy of the FIR registered by it. The ED will probe into the alleged case of money laundering. The actor’s father has claimed that around 15 Crore was transferred to various unknown accounts from Sushant’s Bank Account. The Central probe agency has stepped in to probe the alleged financial irregularities in the late Bollywood actor’s two companies VividrageRheality and Front India for World Foundation. Rhea and her brother Showik are directors in both the companies.