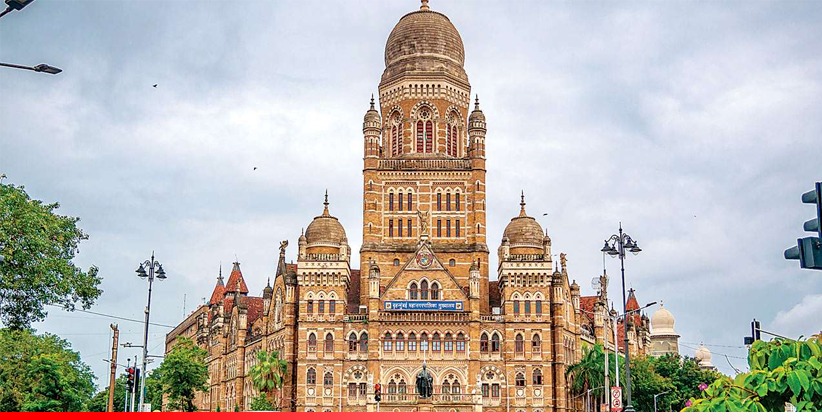 In a relief to visually impaired employees of the Brihanmumbai Municipal Corporation (BMC) who were not paid salaries during the Covid-19 lockdown despite an exemption, the Bombay High Court on Wednesday (October 28, 2020) directed the civic body to compensate the affected workers and clear the arrears in two installments. The court also held that the civic body’s decision not to pay salaries to the visually impaired employees for not attending work due to the pandemic was “illegal”.

A division bench of Chief Justice Dipankar Datta and Justice Girish S Kulkarni passed a ruling on public interest litigation (PIL) filed by the National Association for the Blind (NAB) on behalf of nearly 250 visually impaired civic employees. The bench noted the BMC was responsible for its employees and was bound to pay them salaries though they could not attend duty due to no fault of theirs.

Advocate Uday Warunjikar, appearing for NAB, had submitted the central and state governments had issued notices on March 27 and April 21, respectively, asking all government and local authorities to exempt persons with disabilities from essential service duty during the pandemic and treat their absence as special leave without loss of pay.

In its plea, the NAB said the BMC issued a circular on May 25 stating its disabled employees are given leave, as permitted under the Municipal Services Act, but as under the Act, if these employees have used up sanctioned leaves, they would not get a salary if they do not report to work. The PIL said the disabled employees were facing financial hardship as they were not getting their salaries.

Referring to a visually-impaired employee of the BMC, who did not receive any salary in July, the NAB said he was just one among the 250 such employees who were marked absent by the civic authority and refused a salary. The NAB had sought the high court’s interference to declare the BMC’s act of non-payment of salaries to the visually-impaired employees as arbitrary. It also sought court directions to the civic body to implement provisions of the Persons with Disabilities Act, 2016.

Senior advocate B V Bukhari, appearing for the BMC, submitted while the relaxation was given to visually-impaired employees from attending office, the state government circular was not applicable to civic employees. He had said relaxation did not mean the employees were to be paid for absent days.

On Wednesday, the bench held that the PIL was maintainable and BMC’s decision not to pay salaries to visually impaired employees was “illegal”. The court directed the BMC to calculate their benefits and pay them in two installments, the first before Diwali, and the second within 45 days from the date of payment of the first installment, and disposed of the PIL.

CJ Datta, who authored the 63-paged judgment, observed: “Whatever public conveniences and comforts normal employees without any physical disability might enjoy are obviously not available in equal measure to the physically disabled, which has to be borne in mind by every employer and looked at in a different perspective.”

The bench added, “It is incomprehensible as to why the corporation instead of treading the path of giving relief to its physically disabled employees should have taken a different path entailing adverse consequences for them without plausible explanation. Such discrimination can hardly be justified and accepted.”

The bench said the action of the civic corporation to withhold monetary benefits to the physically disabled employees with retrospective effect, as assailed, was illegal. “We direct the corporation to ensure that none of the physically disabled employees, who have not reported for duty during the pandemic, are denied pay benefits which they would have been entitled to, but for the pandemic and had they reported for duty.

“If relief is to be denied only on the ground that the corporation’s purse would be pinched, we have no doubt in our minds that it would amount to the validation of acts ultra vires the Constitution. We, thus, find no justifiable reason to accept BMC’s contention that financial burden is at all a sound reason that could stand in our way of granting relief claimed in the PIL petition,” it noted.

The court also accepted NAB’s argument that BMC by the “challenged action has shown its inhuman and insensitive face, much to the detriment and prejudice of its physically disabled employees”.