Can Airline Transport Pilot License be denied on grounds that the applicant’s experience is with a foreign operator? Delhi High Court to consider issue [READ ORDER] 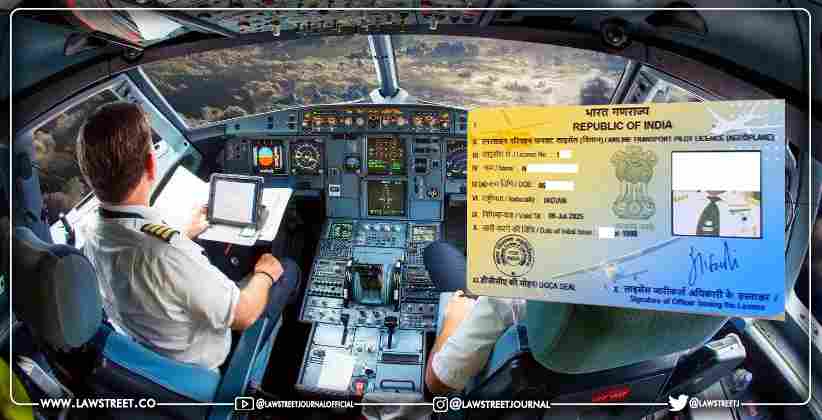 A writ petition before the Delhi High Court has raised an interesting question as to whether a person having flying experience from a foreign operator and holding a valid commercial pilot license issued by the Directorate General of Civil Aviation (DGCA) can be denied issuance of an Airline Transport Pilot License (ATPL) on the ground that his flying experience, which is a prerequisite for issuance of ATPL, is with a foreign operator.

The Bench of Justice Rekha Palli is set to consider the matter and has issued notice on the petition and sought response from the Director-General of Civil Aviation and posted the matter for October 12, 2021.

The petition challenges the order issued by the Deputy General of Operations, DGCA which rejected the application for issuance of ATPL to a pilot currently employed working with Vietjet Airlines in Vietnam.

DGCA rejected the application on the ground that the petitioner did not comply with the flying experience requirements as provided under Section A and M in Schedule II of the Aircraft Rules of 1937 read with Rule 67A which states that the flying experience acquired with a foreign operator cannot be considered towards issuance of an Indian license without submission of an application for conversion of an equivalent category of a foreign license issued by an International Civil Aviation Organization (ICAO) contracting state.

Advocates Tishampati Sen and Riddhi Sancheti, appearing for the petitioner submitted that the petitioner is fully qualified by Indian standards having requisite experience of 1500 hours of flight time which has also been recognized by a competent authority in Vietnam. Indian airlines and the airline for which the petitioner worked have equal standards for an airline operator’s experience and hence there is no ground to reject his petition.

“Vietjet Airlines and Indian airlines are equal levels and standard and hence foreign airline operator’s experience should be counted without any objection, especially when all ATPL theory and oral exams were passed in India through examinations conducted by DGCA India itself. In such a situation, there is no ground for rejecting the issuance of ATPL where all the conditions are fully met,” the plea states.

The petitioner stated that the rejection of his application after 7 months by DGCA on “flimsy and frivolous grounds” despite him fulfilling all the requirements violated his rights under Articles 14, 19(1)(g), and 21.

The petitioner prayed for setting aside the impugned order issued by DGCA and prayed that DGCA is directed to issue the ATPL along with the proper instrument rating based on the information and documents previously provided to the authority.

Crime, Police And Law Jul 16, 2021 Pariyal Gupta ( Editor: Ekta Joshi ) Shares
0 Shares
The Delhi High Court on Wednesday (July 14, 2021) sent Rajeev Sharma to judicial custody for 14 days at the request of the Enforcement Directorate (ED). Rajeev Sharma, a Delhi-based freelance journalist was arrested earlier this month in connection with a money-laundering probe linked to alleged leakage and supply of sensitive information to Chinese Intelligence Officers. The Electorate Directorate while urging that Rajeev Sharma be sent to remand submitted that unearthing the end-use...
Read full post