Home Judiciary ‘Cannot permit to give a purely contractual dispute the colour of a public function’ : Twitter to Delhi High Court in writ petition filed by Senior Advocate Sanjay Hegde for restoration of Twitter account
Judiciary

‘Cannot permit to give a purely contractual dispute the colour of a public function’ : Twitter to Delhi High Court in writ petition filed by Senior Advocate Sanjay Hegde for restoration of Twitter account 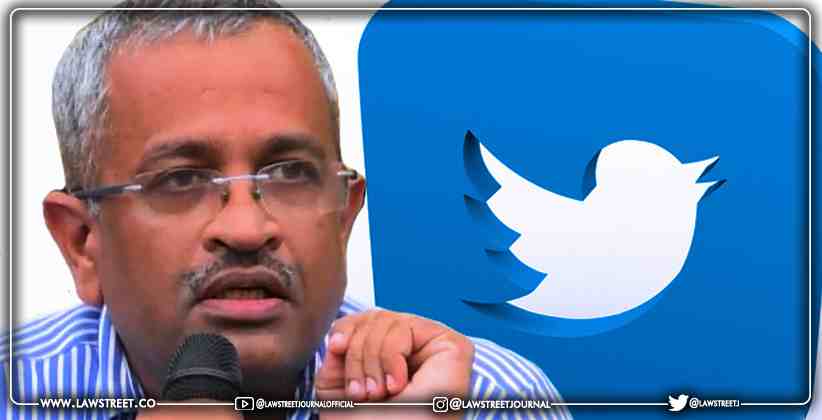 Senior Advocate Sanjay Hegde filed a writ petition under Article 226 before the Delhi High Court seeking the restoration of his suspended Twitter account, invoking the High Court’s writ jurisdiction on the grounds that twitter imparts a public function and the nature of activities undertaken by Twitter is in furtherance of a Fundamental Right under Article 19(1)(a).

Twitter had blocked Hegde’s account in October 2019, for posting picture of August Landmasser, which was later unblocked and restored following a massive virtual uproar, Hegde’s account was again blocked by Twitter for sharing a poem titled,’ Hang Him’ which he had retweeted and was initially posted by Kavita Krishnan. Consequent to this, Hegde moved Delhi High Court contending that the said post did not violate any norms of Twitter’s posting norms.

Twitter, in its submissions before the Delhi High Court, claims that Twitter, through its platform is not discharging a public function and is therefore not mandated to comply with the writ jurisdiction in India under Article 226 of the Constitution of India.

Citing the observation made by the Supreme Court in Andi Mukta Sadguru v. V Rudani, (1989) 2 SCC 691 about the classification of ‘public duty’, the tech giant submitted that for an activity to be classified as a ‘public duty’, it is necessary that a positive obligation is cast to discharge that duty.

It further submitted that the services are subject to certain contractual terms and when operation of law is attracted by reason of a contract which a person is free to enter into, Article 19 has no application and pointed out that in the case of Jatya Pal Singh v. Union of India, (2013) 6 SCC 452, the Supreme Court had rejected the argument that the right to impart and receive information being a species of the guarantee under Article 19(1)(a), private telecom service providers are discharging a public function.

The Top Court had observed that all telecom operators are providing commercial service for commercial considerations. It held, "in order for it to be held that the body is performing a public function, the appellant would have to prove that the body seeks to achieve some collective benefit for the public or a section of public and accepted by the public as having authority to do so."

Basing the argument to establish its Commercial agenda attracting reason from the observation made in the case of Jatya Pal Singh v. Union of India, Twitter submitted “Myriad activities of private non-State entities may touch upon fundamental rights, but the same is not a sufficient predicate to bring them under the writ jurisdiction of the High Courts."

Claiming no State protected monopoly as is the criteria laid down by the Supreme Court for determining the nature of an entity and overseas operation of Twitter owing no duty to facilitate free speech and expression in the territory of India, Twitter, stated that  “no matter from which prism the present is observed, the provision of services on Twitter is not in any manner a public function, which would render the Respondent No. 2 amenable to the writ jurisdiction of the High Court under Article 226 of the Constitution of India."

Twitter has further stated that Hegde can avail the mechanism provided under the Information Technology Act, 2000 for redressal of his grievances, but he cannot be permitted to give a purely contractual dispute the colour of a public function.

A similar lawsuit has been filed against Twitter by Former US President Donald Trump for suspension of his social accounts in January over public safety concerns in the wake of the Capitol riots.