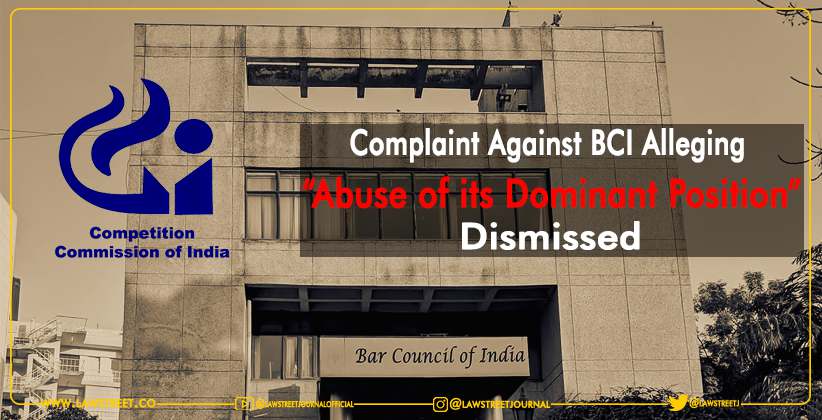 Judiciary Feb 03, 2021 ADITI AGGARWAL ( Editor: Ekta Joshi ) 4 Shares
4 Shares
The Competition Commission of India, on Thursday (January 28, 2021) dismissed a complaint against BCI. The complaint alleged that the Bar Council of India was "abusing its dominant position" by imposing a maximum age limit to enter into the legal education.

The complaint was filed by a 52-year-old executive engineer, Mr. Thupili Raveendra Babu, working in the Central Public Works Department. He wished to pursue legal education post his retirement. The complainant also stated that he appeared for LLB (3 year) entrance examination in the State of Andhra Pradesh (APLAWCET) on 01.10.2020 and secured first rank. Clause 28 of the Rules of Legal Education, 2008 bars candidates belonging to the General Category over the age of 30years from pursuing legal education. The complainant alleged that the Bar Council, which enjoys a dominant position in controlling the legal education and practice in India is “misusing its dominant position”  in contravention of Section 4 of the Competition Ac, 2002 as it is creating “indirect barriers” to the new entrants in the legal service profession.

He also alleged that the bar council conspired to reduce the competition to its electors.

“The Informant has prayed before the Commission to declare the impugned Clause 28 as illegal and void ab initio and impose maximum penalty on the BCI for the violation of Section 4 of the Act and indulging in colourable exercise of power,” the order stated.

The commission held that in order to appreciate the facts in the matter, it is necessary for the status of the BCI as an enterprise to come within the meaning of Section 2(h) of the Competition Act, 2002. Thus, BCI should be a department of the Government, engaged in any activity relating to provision of any kind of services. The Commission noted that the BCI, as per the provisions of the Advocates Act 1961, is empowered to carry out functions which are regulatory in nature The case of Dilip Modwil and Insurance Regulatory and Development Authority (IRDA) was then referred to where the Commission had observed that any entity can qualify within the definition of the term ‘enterprise’ if it is engaged in any activity which is relatable to the economic and commercial activities and regulatory functions are not amenable to the jurisdiction of the Commission. The commission thus held that there exists no prima facie case under Section 4 of the Competition Act, 2002 against the Bar Council of India and closed the complaint, further stating that-

“When the BCI appears to be discharging its regulatory functions it cannot be said to be an ‘enterprise’ within the meaning of Section 2(h) of the Act and consequently, the allegations made in relation to discharge of such functions which appears to be non-economic in nature, may not merit an examination within the provisions of Section 4 of the Act” 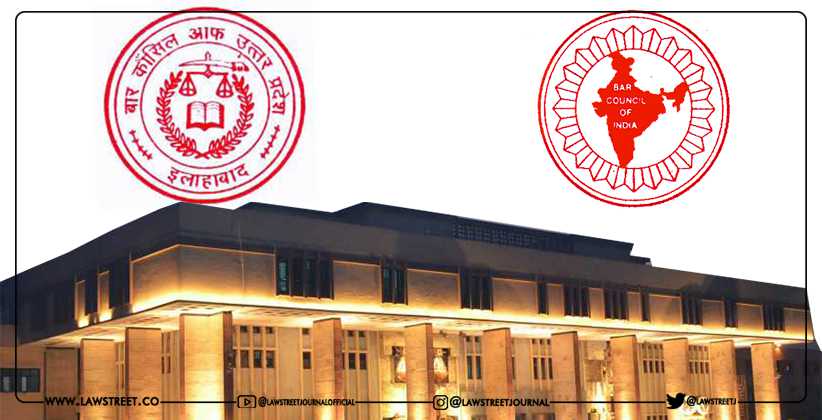 Judiciary Feb 28, 2021 Aditi Aggarwal ( Editor: Ekta Joshi ) 4 Shares
4 Shares
Recently, the State Bar Council of Uttar Pradesh filed a petition against Bar Council of India alleging that the latter is attempting to take over its functioning. A Single Bench of Justice Prathiba M. Singhal of Delhi High Court has sought response from the Bar Council of India on the petition filed against it. It has been asked to the counsel appearing for BCI, Mr. Preet Pal Singh to urgently seek instructions in the matter by next week. Background of the case:The Bar Council of...
Read full post

Legal Insiders Dec 23, 2020 Dev Kumar Patel ( Editor: Ekta Joshi ) 23 Shares
23 Shares
The Bar Council of India, the apex lawyers’ body and regulator of law education in the country, on 21.12.2020 through press release stated that the All India Bar Exam-XVI will be held on 21st March, 2021. However, the BCI also cleared that there is no change in examination date for AIBE-XV, i.e. January 24, 2021.According to release the online registration will start from December 26, 2020 and the last date for registration will be February 21, 2021.The Bar Council of India said in a...
Read full post