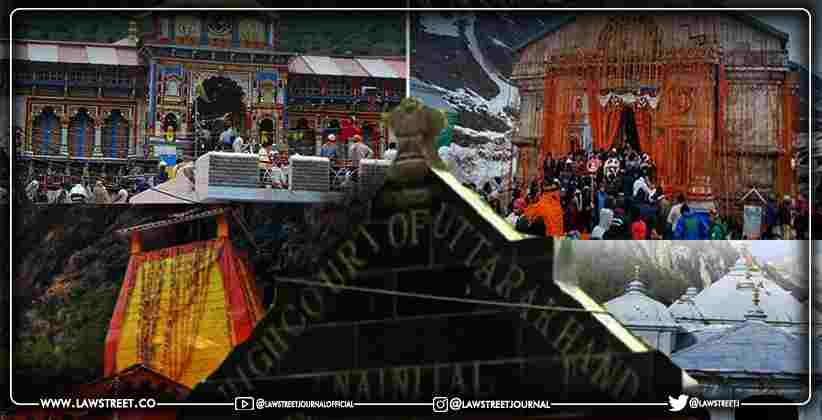 The Division Bench of Uttarakhand high court comprising Chief Justice Raghvendra Singh Chauhan and Justice Alok Kumar Verma perused the affidavit filed by Additional Secretary, Culture and Religious Affairs Department which specified that “frequent surprise visits by the Sub- Divisional Magistrate, Badkot, the Sub – Divisional Magistrate, Bhatwari and the Joint CEO of the Devasthanam Board are being carried out.”

However, the Court mentioned that the result of all these “surprise visits” had nowhere been stated in the affidavit.”

In the report, it was also mentioned that the government of Uttarakhand also ensuring that every priest and other persons in Devasthanam has been given the second dose of vaccine so that they will be secure from the havoc impact of the Covid -19 pandemic.

On this the court commented that,

The court further questioned that at the Char Dham Yathra, although it is claimed by the State Government that the directions were issued for the posting of medical staff, whether the appropriate medical staff has been put on work or not?

After considering the fact mentioned hereinabove, the Court issued the following directions:

1. The Secretary, Tourism shall file a report clearly stating the decision of the State Government regarding the opening of the Char Dham Yathra for pilgrims.

2. He should also inform the Court about the different phases in which the Char Dham Yatra is going to be open.

3. He should further inform the Court about the preparation of the State Government to ensure that the SOPs which are set up by the Central and the State government are strictly followed by the Char Dham Yatari or not.

4. He should also inform the court about the number of people employed for ensuring that SOPs issued by the Central and the State Government are duly complied with.

5. He should also inform the Court about the sanitization of the sixteen kilometers trek at the Kedarnath shrine, the infrastructure facilities, and equipment provided for such sanitization by the State Government. 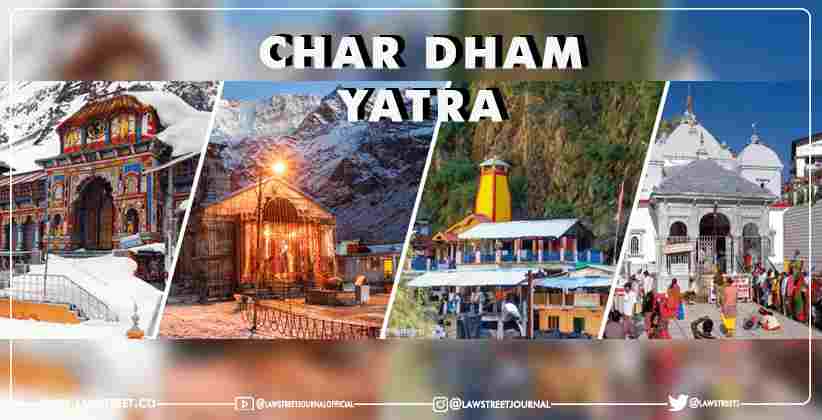 Judiciary Jul 02, 2021 Aishwarya Gairola ( Editor: Ekta Joshi ) 3 Shares
3 Shares
A division bench of Uttarakhand High Court comprising Chief Justice Raghvendra Singh Chauhan and Justice Alok Kumar Verma has ordered to stay the decision of the Uttarakhand State Cabinet to hold Chardham Yatra, calling the decision ‘arbitrary and unreasonable and violative of Article 14 of the Constitution of India’, directing the government to carry out the ceremonies within the Chardham Temples and live-stream the events for the benfit the people.Pursuant to the Government Order dated...
Read full post

Concerned with possibility of Char Dham reopening being contemplated by the Government, Uttarakhand HC analyses COVID situation in the state [READ ORDER] 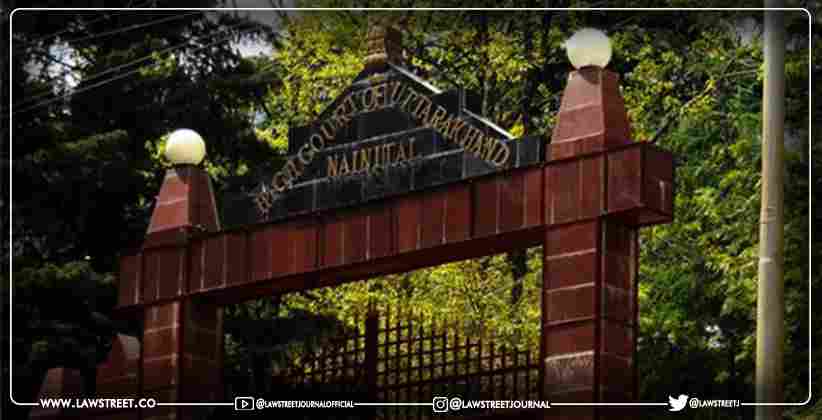 Judiciary Jun 14, 2021 Athira Nair ( Editor: Ekta Joshi ) 0 Shares
0 Shares
Analyzing and fully understanding the current COVID scenario in our country, the Uttarakhand High Court, on 9th June, Wednesday, observed that it was duly concerned with the possibility of Char Dham being reopened, as is being desired by the State Government.The bench comprising of Chief Justice Raghvendra Singh Chauhan and Justice Alok Kumar Verma, issued a bunch of guidelines for the State keeping in view the fact that a third wave is being predicted in near future.The court observed, “The...
Read full post