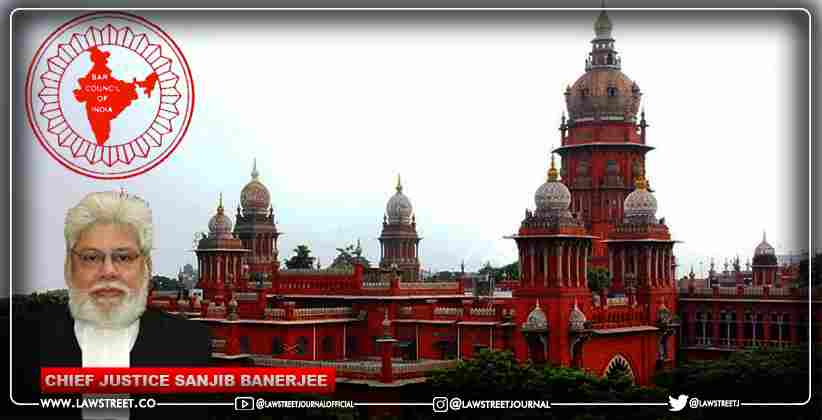 The Bench of Chief Justice Sanjib Banerjee of the Madras High Court on June 18th, 2021, lamented the fall in standards in the quality of legal education and law graduates, so much so that it is no longer respectful to introduce yourself as a lawyer or judge anymore, while hearing a petition filed last year against courses offered remotely by Annamalai University and urged the Bar Council of India to take serious steps in matters concerning the quality of legal education.

The Bench comprising Chief Justice Sanjib Banerjee and Justice R Subbiah, while hearing the petition, taking note of the mushrooming of law colleges and the lack of qualified teachers to impart legal training, orally observed that the quality of law graduated today is not desirable.

Advocate S R Raghunathan, appearing for BCI, apprised the court that BCI is taking steps to tackle such issues and as imposed a moratorium, in this regard, on starting new local colleges, but High Court intervention has compelled the BCI to grant approval for new colleges.

Observing that the problem is not peculiar to a particular state or at a local level, the Court adjourned the case by three weeks, and ordered the continuance of interim stay issued in September last year.

The case, B Ramkumar Adityan v. Secretary and ors dealt with the award of the LLB (general) and LLB (academic) courses by the Director, Directorate of Distance Education, Annamalai University, which the petitioner challenged as not being authorised by the BCI.

Recording Annamalai university’s submission to BCI’s contention that no legal course can be imparted nor any legal degree can be awarded by an institute without BCI’s recognition, stating its right to impart distance education purely for educational purposes and not for purpose of entitlement to enrol as a lawyer, the Court directed UGC to reply in the matter.