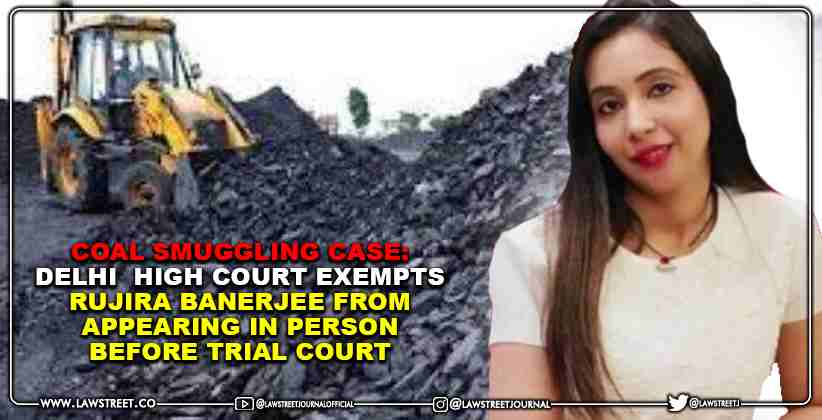 The High Court of Delhi ruled on Monday ( October 11,2021) that Rujira Banerjee is not required to personally appear before Patiala House Court in response to summons issued in connection with an alleged coal smuggling case.

Banerjee was scheduled to appear in court on October 12, 2021.

On Monday (October 11, 2021), the Bench of Justice Yogesh Khanna granted permission to appear through a lawyer while adjourning the case until October 29. The Court's order came after ED lawyers requested more time to argue the case.

Rujira Banerjee, the wife of Trinamool Congress General Secretary Abhishek Banerjee, recently challenged a Delhi Court order directing her to appear in person on October 12, 2021, in connection with an alleged coal smuggling case.

Rujira Banerjee appeared virtually before the Court on September 30, 2021, citing personal reasons for traveling to Delhi. The trial court had ordered her to appear in person on October 12, 2021.

The concerned bench is also looking into Abhishek Banerjee's petition, which challenges the ED's summons of the couple in the case.

The petitioner sought an order setting aside and quashing the trial court orders dated September 18, 2021, and September 30, 2021, issued by the Chief Metropolitan Magistrate, Patiala House District Court, summoning the petitioner for her personal physical appearance in New Delhi.

The plea stated that the ED complaint against her should be dismissed because it was false, malicious, and vexatious. A review of the record reveals that the impugned prosecution is a vindictive abuse of the legal process by the Respondent (ED) and thus deserves to be quashed at the outset.

The Court summoned her in response to the Enforcement Directorate's (ED) complaint, which sought the issuance of a warrant against her for failure to appear before it.

‘In computing period of of limitation for any suit, the period from 15.03.2020 till 02.10.2021 shall stand excluded’: Controller General of Patents, Designs & Trademarks reiterates SC order via public notice [READ NOTICE]