Home Judiciary Copying and Cheating In Examinations Is Like The Plague And It Can Ruin Society And Educational System Of Any Country: Delhi HC [READ ORDER]
Judiciary 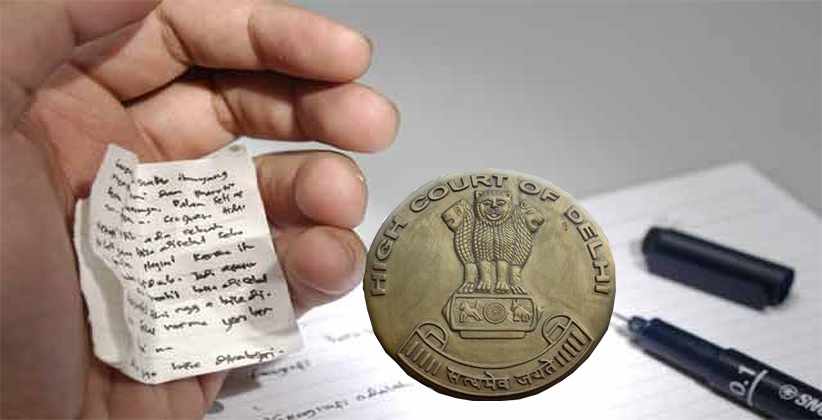 A Single Judge Bench of Justice Pratibha M Singh of the Delhi High Court has on May 26, 2020, refused to provide any relief to a student of Delhi University whose result was not declared due to cheating in the examination.

At the beginning itself, Justice Singh noted,

“For any country’s progress, the integrity of the educational system has to be infallible. Whether it is paper setters maintaining utmost confidentiality, students not cheating, invigilators being vigilant, examiners doing their job with utmost alacrity knowing that the future of students is in their hands, Universities and colleges not tampering with results - the conduct of all stakeholders has to reflect the commitment and also be unblemished.”

Of the four papers of the 5th semester for which the exam was held in December 2019, the paper of `International Trade’ was held on December 03, 2019. She contended that she was late for examination due to traffic and carried her stationery pouch from her bag and straightway reached her seat. She also claimed that she had prepared notes for the examination, which were in the form of placards, and the said placards mistakenly stayed in her pouch.

In a hurry, when the examination was about to start, she simply took out her pouch and started writing the examination, without realizing that the notes continued to remain in her pouch. She also claimed that after half an hour she realized that the placards were in her pouch and she had herself voluntarily called the invigilator and gave the same to the invigilator and despite her having voluntarily done so, the invigilator had accused her of cheating. She also alleged that she was asked to leave the college and was not even allowed to meet the Principal.

During the hearing, she had expressed urgency for the disposal of the suit as she wanted to apply for studies abroad.

Advocate appearing for the University had submitted a report dated January 29, 2020 by an independent expert from Sri Aurobindo College, who had compared the answer sheets along with the notes which were seized and had come to the conclusion that the material was used by the candidate in answering the paper.

Findings of the Court:

Prima facie the Court found that a meritorious student like her had not been candid and had held back the relevant documents and important facts before the Court. When asked by the Court as to why she did not disclose all these documents in her writ petition, she claimed that she was not legally trained.

The Court relied on the invigilator’s report which was prepared on the date of examination and concluded that she had kept the notes below her answer scripts and thus, the case that was made out in the writ petition that she had voluntarily surrendered her notes was factually wrong.

The Court noted that “through `Instructions’ all candidates were made aware of the consequences of resorting to unfair means. In any event, resorting to unfair means in examinations is downright impermissible and ought not to be encouraged at any cost. The Petitioner was no exception. After appearing before the Counselling committee and after receiving their counseling, she apologized, leading to the imposition of a lesser punishment by the University – i.e., instead of punishment under ‘Part C’ (it contemplates a greater degree of misconduct and prescribes harsher punishment for the same. The entire examination for the year would be canceled for the candidate.), she was proceeded under ‘Part B’ (the entire examination would be canceled – meaning thereby that the candidate would have to re-appear in all the examinations of the said semester once again.). The Petitioner has not merely indulged in unfair means, as is evident from the documents itself, but has also tried to mislead this Court in the writ petition.”

Not to be harsh on her, the Court noted that,

Ultimately the Court upheld the University’s decision to cancel the entire examination.