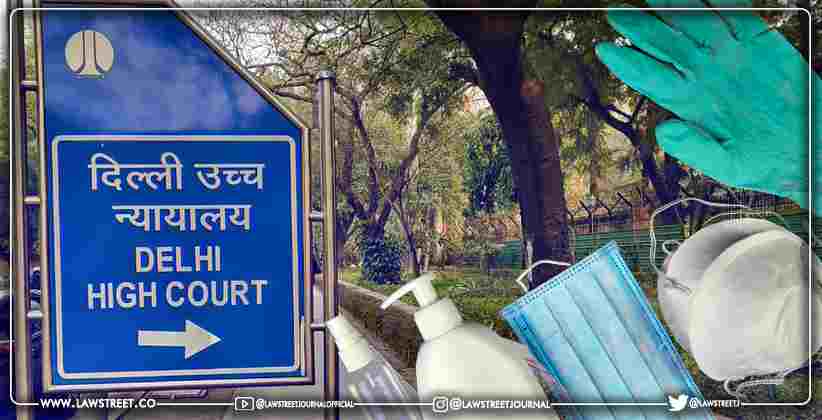 The Delhi High Court's Justices Rekha Palli and Vipin Sanghi on May 13, 2021, ordered Adv. Sanjeev Sagar to prepare a one-page report on the black marketing and hoarding of Covid-19 machinery. The bench also inquired about the state of the execution of the directive, which was to be presented to the Court on May 10, 2021, Monday.

Sagar also made submissions about hoarding and black marketing, as well as what was going on in other trials, and called for a clear reference in the order to include a list of persons who had been booked on these charges, to which the bench responded, "We've already asked for the list. We'll look into that aspect and issue notice."

The court granted the Centre's Additional Standing Counsel, Adv. Amit Mahajan, until tomorrow to report guidance on the matter.

The bench said, "As early as June 29, 2020, the process of fixing of prices of imported and domestically manufactured oxygen concentrators was initiated, but it was left incomplete. It's high time that MRPs of not only oxygen concentrators but other equipment required for Covid-19 should be fixed, so malpractices are stopped."

In response to the conversion of IHBAS to the Covid-19 hospital, Adv. Rahul Mehra for the Delhi government said that it had already been suggested to government officers that at least "patients with mental health problems" be handled there. Noting that the case was already pending before a Single Judge bench and is scheduled for May 13, the court disposed of the application after a lengthy hearing.

Ghose encouraged IHBAS and the Health Ministry to meet and make a decision together. The court did mention, however, that instructions had already been given to the Government of the National Capital Territory of Delhi (GNCTD) to investigate the matter. "Their seems to be some resistance, despite maybe some place being open, to make it becoming a general covid hospital, largely because of the disposition of patients," he said.