Customs / DRI Officers Power to Arrest Person on the Suspicion of Smuggling Need not Comply with the Provision of Criminal Procedure Code, 1973 for Making Arrest: Gujarat High Court 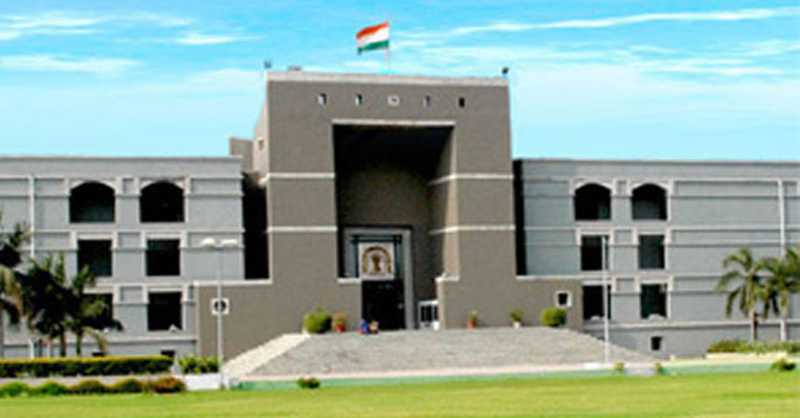 Judiciary Sep 23, 2020 Neha Bharti ( Editor: Ekta Joshi ) 8 Shares
8 Shares
The Gujarat High Court has held that any person who is arrested for any offences under the Customs Act, 1962 by the customs officer and if such officer has reason to believe that such person has committed the offence punishable under Section 132 ( False declaration, false document, etc. ) or Section 133( Obstruction of an officer of customs) or Section 135( Evasion of duty or prohibition) or Section 135A(Preparation) or Section 136 (Offence by officers of Custom) the act, in these circumstances the custom officer is not obliged to follow the guidelines issued by the supreme court in the case of Lalita Kumari v. Government of Uttar Pradesh as regard to the preliminary inquiry.

A person can be arrested with relation to any cognizable offense alleged to have been committed under the Customs Act ,1962 without following or complying with the provisions of Section 154 to 157 of Code of Criminal Procedure, 1973 (Information to the police and their power to investigate). The Court said that a Customs officer conducting an inquiry under Section 107 (Power to examine person) or Section 108 (Power to summon person to give evidence and produce documents) of the Customs Act is not a police officer and the person against whom such inquiry is made is not an accused. Custom Officer’s power to arrest a person is statutory in character and ordinarily, it should not be inferred by the Court unless compelling circumstances are made out. The statement is recorded under Section 108 of the Customs Act, 1962 or entirely different and distinct from the statement which is recorded by the police officer under Section 161 of Code of Criminal Procedure, 1973 during the investigation.

The Court has opined that the power that is given to the customs officer under Customs Act,1962 is limited and it cannot bring then to the level of the police officer it's just intended to avoid certain inconvenience, inconvenience as to both the citizen and to the department. the power related to the search, seizure, and arrest are contained in Chapter 13 of the Customs Act, 1962. The provision does not confer the same power to Custom Officer as that of Officer in Charge of a police station in case of investigation and reports, it just gives the power to grant bail.  The Court further said that as per Section 162 Code of Criminal Procedure, 1973 the essential ingredient that the statement must be recorded by a Police Officer in an investigation under Chapter XII. Section 4 (2) of the Code of Criminal Procedure, 1973 provides that offence under other law shall be investigated under the code 'subject to any enactment for the time being in force regulating the manner or place of investigation enquiry into trying or otherwise dealing with such offence. The Court said that "In our view Custom Act,1962 is such an enactment which has provided its own procedure for an investigation into the offences committed under it and the provision of Chapter XII of the Code of Criminal Procedure,1973, therefore, would not apply to such investigations." The two-judge bench of Chief Justice Vikram Nath and Justice J B Pardiwala was hearing a petition which was filed by a businessman, who was repeatedly summoned by Vapi based DRI office in connection with an enquiry of duty evasion. For the last 2 years, he was repeatedly summoned so, he approached the High Court for the protection from the apprehension of the arrest.  "When any person is arrested by an officer of the customs in exercise of his power under Section 104 of the Customs Act,1962 the officer affecting the arrest is not obliged in law to comply with the provision of Section 154 to 157 of the Code of Criminal Procedure, 1973. The Custom Officer after arresting such person has to inform the grounds of such arrest and the person arrested will have to take to the magistrate without unnecessary delay however the provision of section 154 to 157 of the code will have no application at that part of the time", ruled by the division bench.  The bench said that custom / DRI officers are not the police officers hence they are not allowed to register an FIR against the person arrested in respect of the offence under 133 to 135 of the Custom Act, 1962. The bench said that the Customs /DRI Officers are not the Police Officers, so the statements made to them are not inadmissible under Section 25 of Evidence Act, 1872.   The bench said that the power to arrest a person by the Customs Officer is statutory in character and should not be intervened therewith. The Judgement further said that the expression any person under Section 104 of the Customs Act 1962 includes that a person who is suspected or believe to be concerned in smuggling of goods. So an officer of the custom or Directorate of Revenue Intelligence can arrest anybody on the suspicion of smuggling.  However, if it is found that a person is in possession of smuggled goods or on a suspicion that he is concerned in smuggling goods is not, when called upon by the Customs officer to make a document or produce a document or thing the person accused of an offence within the meaning of Article 20(3) of the Constitution of India, 1950 be arrested by Custom Officer.  In the judgment, one of the para reads as "Where a Custom Officer arrest a person and informed the person about the grounds on which he is arrested for the purpose of holding an enquiry into the infringement of the provisions of Customs Act which he has reason to believe that takes place there is no formal acquisition of an offense." It is said that the arrest and detention are only for the purpose of holding an effective enquiry under section 107 and 108 of the Customs Act with a view to adjudging confiscation of dutiable or prohibited goods and imposing a penalty." The Bench expressly said that "Yet there should not be any unnecessary harassment to a person Summoned for the purpose of interrogation on Section 108 of Customs Act 1962. The bench noted the landmark decision by the Supreme Court in Om Prakash v. Union of India (2011) 14 SCC 1, to ascertain that whether the offense under Custom Act, 1962 was bailable or non-bailable it was a point that when the offence is non- cognizable it should be bailable. The decision in Om Prakash case was rendered and offence under the Customs Act was not cognizable. So, the categorization of the cases which are non-bailable and cases that are bailable was not there before the amendment of Section 104 in 2012 and 2013 respectively.