Home Judiciary Decision on the Plea Against NLAT 2020 to be Delivered on Monday (September 21, 2020): SC
Judiciary 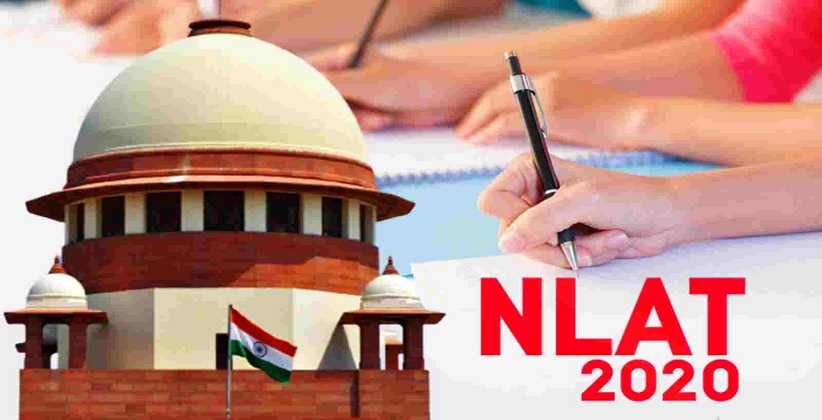 On Thursday (September 17, 2020), Supreme Court said it would pronounce its order on September 21 on a petition which has challenged the decision of National Law School of India University (NLSIU), Bengaluru, to conduct its separate entrance examination NLAT-2020. A bench headed by Justice Ashok Bhushan and comprising of Justice R. Subhash Reddy and Justice MR Shah reserved its order on the plea filed by former NLSIU vice-chancellor Professor R Venkata Rao and a parent of the aspirant.

On 11th September, Supreme Court gave a nod to NLSIU, Bengaluru to hold NLAT 2020 on 12th September, but restrained from declaring results and making admissions.

Arvind Datar, senior advocate for the university contended in the court that joining CLAT (Common Law Admission Test) did not mean that the university surrendered its autonomy.

He insisted that the NLSIU has not exited CLAT and will go back to it next year. He said that "This year, we decided to go separately to avoid a zero year.” A question was put forth in front of the university regarding the reducing of the length of examination from 2 hours to 45 minutes, for which the university said that “ The academic year for the incoming batch of first-year students for the academic year 2020-21 will fall short of 285 days if the NLSIU does not complete admissions by September 18. Postponement of CLAT 2020 from September 7 to September 28 rendered completion of admissions to the NLSIU and commencement of term by September 18, impossible."

University also contended that in accordance with the applicable law, and as per the NLSI Act, the interpretation of NLAT 2020 is permitted, the Executive Council is the Chief Executive Body and authorized the university to conduct its own admission process.

Senior Advocate Sajan Povayya appearing for Vice-chancellor contended that the students who were indulged in any malpractices were disqualified as the examination was proctored by AI.

Another plea filed by Advocates Sughosh Subramyam and Vipin Nair stated that the decision of holding a separate examination is a serious violation of fundamental rights including the right against arbitrary action of the state given under section 14 and 21 and it has left the students in a sudden shock.

The plea also contended that the requirements to give the exam are unreasonable, ignoring the fact that there are students who are poor and less privileged and also the decision was taken without the application of mind.

This plea prayed to quash the decision of Separate examination and direct the university to admit the students through CLAT only.