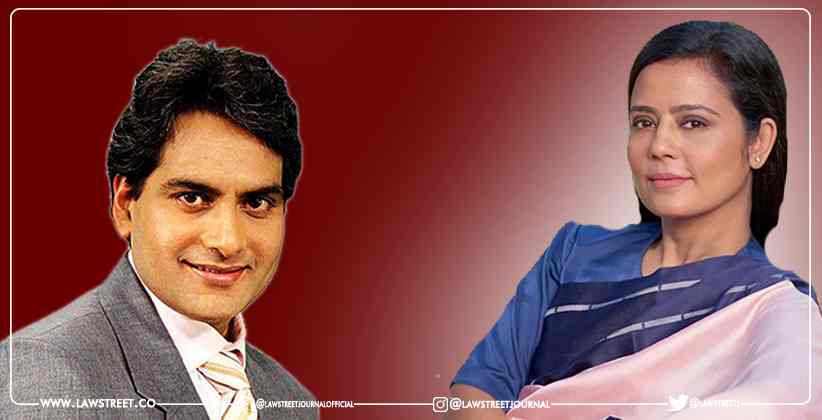 Additional Sessions Judge Anil Antil issued a judgement stating that the metropolitan magistrate's summons order did not "suffer from illegality or perversity, warranting any interference by this provisional court."

The metropolitan magistrate also issued a detailed order, according to Antil, "wherein the entire pre-summoning evidence in the form of statement of the complainant and two other witnesses, as well as the documents, have been considered and appreciated by the trial court before proceeding to issue summons to the accused to face trial. As a result, the petitioner's claim that the ruling is cryptic and requires the application of judicial mind cannot be sustained.”

According to court documents, a Zee News programme on Tuesday (July 2, 2019 claimed that Moitra's statement in Parliament was plagiarised from an essay written by one Martin Long mean and published on the American website Washington Monthly. Moitra said that her lecture detailed and expounded on how the seven symptoms of fascism apply to the current political scenario in India. Despite Moitra's explicit clarification that the image was obtained from a placard at the Holocaust Memorial Museum in the United States of America, the piece was shown.

Moitra's lawyer, Senior Advocate Vikas Pahwa, said that Chaudhary's plea was just a ploy to delay the trial court proceedings. He emphasised that the petition was submitted prior to the trial court's summoning order. Furthermore, it was argued that the defamatory character of the broadcast could not be determined solely on speculation at this time and must be decided through a trial.

Sudhir Chaudhary's attorneys contended that "the conclusion of the inquiry, evidence, and documentary record submitted before the trial court should have been explicitly indicated in the order by the MM" before calling him.

According to his attorneys, Moitra "did not enter the court with clean hands,", and the "magistrate erred in granting the summons order without comprehending the rules of law."