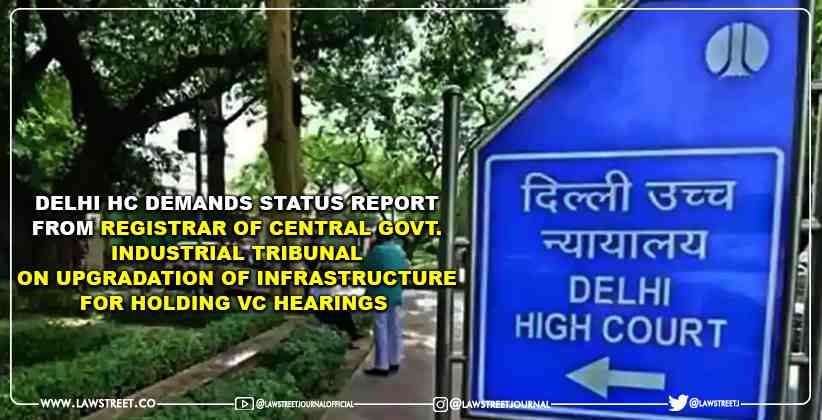 The Registrar of the Central Government Industrial Tribunal (CGIT) has been ordered by the Delhi High Court to present the status report about the upgradation of the infrastructure in order to hold video conferencing hearings in the tribunal.

This decision came as a result of the various directions which were given by the Court in July 2021, in order to make the virtual hearing system in the tribunal efficient until the physical hearing could be resumed.

It was noted by the Court that the indisposition of one member of the Tribunal slightly impeded its functioning.

The Court held that CGIT is a significant tribunal which deals with the claims of the workmen, who have faced adversity during the times of the COVID-19 pandemic. Therefore, the Court held that the efficiency of the tribunal should not be affected due to poor infrastructure which was earlier noted from the status report.

The Court held that the decisions of the Tribunal should be speedy and timely adjudicated.

Justice Pratibha M Singh stated that the infrastructure of the CGIT should be upgraded so that whenever it reopens, the authorities which are supposed to conduct full-fledged online hearings are prepared for the same.

The matter was posted for September 20, 2021, in order to receive the status report regarding the Video Conferencing facilities and also the appointment of the second Presiding Officer in the CGIT bench by the Court.