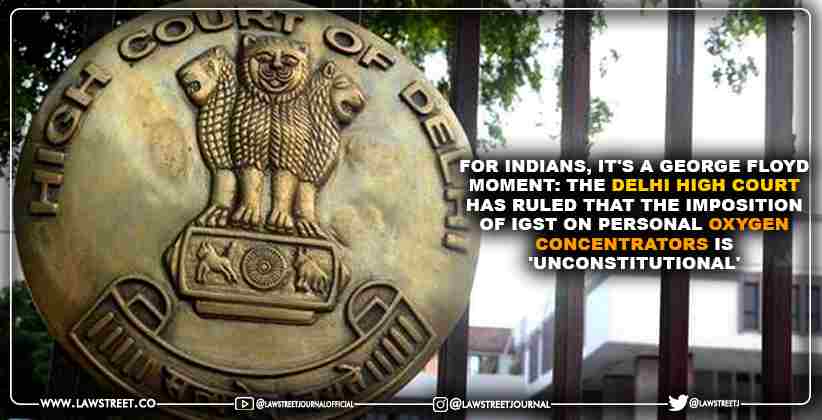 The imposition of a 12 percent Integrated Goods and Service Tax (IGST) on oxygen concentrators for personal use or as gifts, according to the Delhi High Court, is "unconstitutional."

In a different setting, a bench consisting of Justice Rajiv Shakdher and Justice Talwant Singh said this is a George Floyd moment for the citizens of the country, where several of them were gasping for air due to a lack of medical oxygen.

The court overturned the Union finance ministry's May 1 notification imposing a 12 percent IGST on concentrators imported for personal use, regardless of whether they were a gift or not, stating that the "virus has brought out the best and worst in people."

“We have messiahs,” says the narrator. There are charlatans among us. There are hoarders in our midst. Strangers have reached out with a kind and caring hand when they could have remained cocooned in the safety of their homes. In its 33-page order, the court noted, "Brave hearts, there are many doctors, nurses, and personnel manning public institutions."

The decision was based on a petition filed by advocate Siddharth Bambha on behalf of an 85-year-old Covid-19 patient who challenged the imposition of a 12 percent IGST on oxygen concentrators after his nephew sent them to him as a gift from the United States. To prevent the misuse of oxygen concentrators for commercial purposes, the court ordered that anyone importing concentrators for personal use or as a gift must provide a letter of undertaking to the Centre's designated officer stating that the device will not be used for commercial purposes.

On Monday (May 3, 2021) the finance ministry issued a notification in response to the petition, exempting IGST on oxygen concentrators received as donations or gifts for the state government, or if purchased through a canalising agency. Individuals, on the other hand, were not included in the exemption list. For the petitioners, senior advocate Sudhir Nandrajog and advocate Bambha argued that such a distinction was unconstitutional. According to the court, such a distinction is "arbitrary," "unreasonable," and in violation of Article 14 of the Constitution. 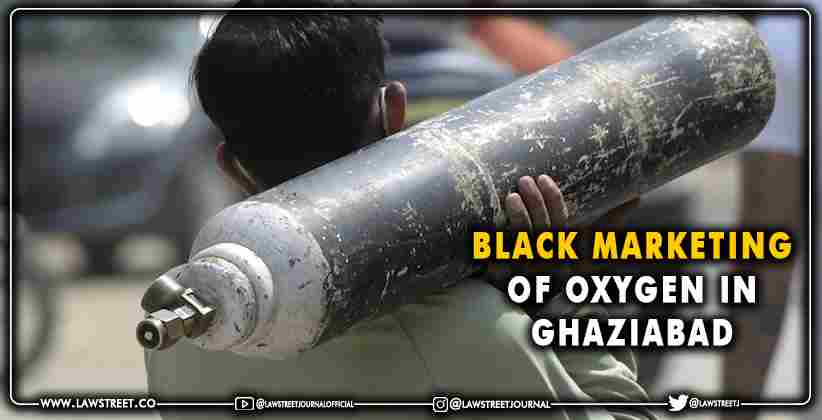 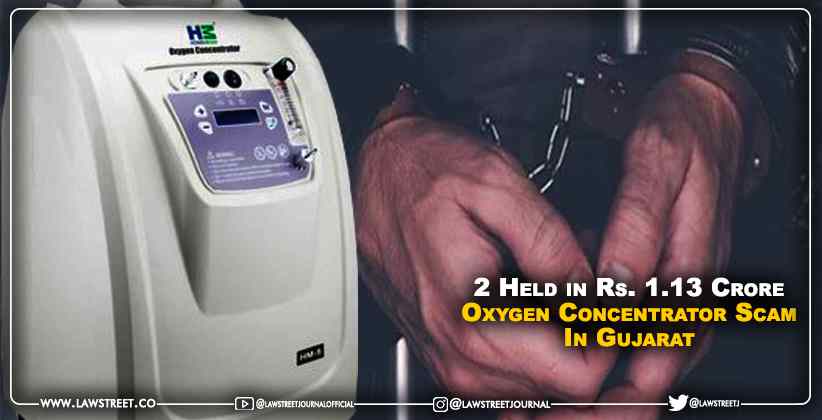 Crime, Police And Law May 24, 2021 Celin Sunil ( Editor: Ekta Joshi ) 7 Shares
7 Shares
Two people, aged 25 and 27, were arrested on Thursday, May 20, 2021, in Gujarat for allegedly duping two Ahmedabad-based businessmen of ₹1.13 crore on the pretext of delivering 3,500 concentrators. The accused had switched off his phone after receiving 10% advance payment from the victims in the second week of May.According to police, a First Information Report (FIR) was lodged at Ahmedabad Cyber Crime Police Station on Wednesday (May 19, 2021) after businessman Nirav Lal, who owns a unit...
Read full post